Having taken a few cruises, I had often wondered what goes on behind the scenes on a cruise ship. How do they feed over 2K passengers three times a day, in all those different restaurants? So when I saw a “Behind the Scenes Galley Tour on Splendour of the Seas,” I immediately signed up the whole family.

When I told them about it at dinner, they seemed interested. Until they found that it was a 9am tour. “What are you thinking?  We’re teenagers on vacation, you really want us to go listen to them talk at 9am in the morning? Who cares about how they make the food!” Even my noble husband who is pretty much up for anything gave me the hairy eyeball.

The morning of the tour, to my surprise, two out of three kids were up and having breakfast on time. We arrived for the tour only a few minutes late and it turns out, the ship had planned for that and built in a ten minute buffer between meeting time and mandatory tour start time. The other daughter slept in the morning.

The kitchen was buzzing when we arrived with over 50 kitchen staff members, and the Culinary Chefs overseeing everything. They were chopping away at vegetables, fruits, and bringing up food supplies from downstairs for preparation of the meals of the day. In one corner, they were making soup, each huge pot made 300 servings.

I noticed that one of the walls was covered with meal recipes and pictures of the dishes.  When I asked about it, they said that each day they display the recipes for the kitchen staff or chefs to follow.

Being around all this food in the morning made some of us a little hungry.  They are nice enough to have a few appetizers for us to taste.  Prosciutto with manchego on a baguette.   It was hard for me to stop at one bite, but I thought I leave a few for some of the other passengers to taste.

Here, over 30,000 fresh rolls of breads are baked daily, tantalizing menu dishes are created, desserts are carefully crafted and more. There’s an electric hustle during mealtime, when everyone moves like a symphony, playing their part to deliver an exceptional dining experience.

Each week the crew loads up the ship with fresh ingredients for the week ahead and these numbers can be staggering! What we might see on our plates at dinner, say a perfectly proportioned filet and lobster tail, was part of the 11,830 lbs of beef and 1,875 lbs of seafood loaded onto the ship at the start of the cruise.  Those delicious puff pastries came from the 950 lbs of sugar, 3,150 lbs of flour and 1,675 lbs of butter and margarine that were loaded on. Whenever possible, they source ingredients in port, which can be a major boost to local economies. 137,500 lbs of fresh vegetables, 7,750 lbs of fresh potatoes and 5,500 quarts of dairy make their way onto the ship each week.

Probably, my favorite part of the tour was watching a few kitchen staff members carving away at these beautiful watermelon centerpieces.   Each had a different design.

And how did my family fare on this food tour? It turns out, each of them found something interesting.  My husband was interested in the logistics and mechanics and especially, the different ranks and roles of the staff. My daughter went crazy over a machine that pumped out little rolls, ready for baking.  And my son had all sorts of questions for the pastry chef about the little fruit and chocolate pies that they were making by the hundred. Of course, there was my daughter who didn’t make and her one question was: “Why can’t they have tours in the afternoon?” Once we saw how complicated and meticulously planned the kitchen logistic are, we understood when they said that it was just too busy. 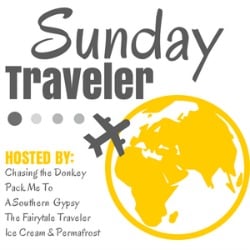 Take The Stress Out of Vacation Planning with Avoya Travel

Join Me For 10 Days in Ukraine & Georgia With Cobblestone Freeway Tours!

The Little Touches that Made our Vail Stay Unforgettable

Theater of Dionysus, Birthplace of Theater

Splendour of the Seas Bridge

10 Most Romantic Cities in the World

carmensluxurytravel
•
Follow
Have you ever dreamed of escaping to a private luxury island with your loved one?🏝🥰 This dream comes true at @littlepalmisland! With spectacular attention to detail, carefully-designed bungalows and absolute privacy, this luxurious resort on the Florida Keys coastline is the perfect location for a romantic getaway. A special dinner at sunset with an ocean view can't get any better than this!  . . . . . . . #visitflorida #visitfl #floridalife #luxurytravel #luxurytraveler #paradisefound #beautifuldestinations #wonderful_places #postcardplaces #travelcaptures #oceanview #wonderful_places #flashesofdelight #pursuepretty #IAmATraveler #floridakeys #littlepalmisland #resortlife #luxuryhotel #luxuryliving #luxuryresort #nobelhousehotels #existtoexplore #wheretogonext #prettylittletrips #staycation #weekendgetaway #prettylittletrips #romanticgetaway #travelblogger
View on Instagram |
2/8

carmensluxurytravel
•
Follow
Is northern Spain on your bucket list? If not, add Galicia to it immediately! 😍 Staying at the chic and contemporary @noa_boutique_hotel is such a special experience, and not just because it’s perfectly situated along the water in Santa Cruz de Oleiros. I LOVED my modern and minimalistic suite with an open-space concept which offered the most stunning views of A Coruña Bay and Santa Cruz Castle. Waking up to that every morning was a dream. Congrats to them for recently receiving the award for “Best New Luxury Hotel Europe” from @worldluxuryhotelawards! . . . . . #españa #igersspain #spainiswonderful #spain_gallery #ig_spain #visitspain #spaintoday #spaintourism #spainlife #noaboutiquehotel #galicia #acoruña #santacruzdeoleiros #roomwithaview #hotelviews #luxuryhotel #boutiquehotel #hotelsuite #myviewrightnow #wonderful_places #beautifuldestinations #pursuepretty #prettylittletrips #luxurytraveler #luxurytravel #wheretogonext #travelblogger #travelcaptures #aroundtheworldpix #flashesofdelight
View on Instagram |
8/8
View on Instagram