Like many of the world’s best tourist destinations, London and its surrounding areas can be experienced in a whole new way if you approach your trip with luxurious intent. That’s not to say you have to spend heavily on each and every activity to enjoy the city. In fact, more than a lot of major capitals, London can be experienced pretty thoroughly by those who simply walk around sightseeing. But if you do like to experience the higher end of a destination, here are some of the best luxury activities to consider in and around London.

Contents show
Champagne On The London Eye
Take In A Show At A Major Theatre
Attend The Cheltenham Festival
Attend Wimbledon
Tour Kensington Palace In Private
Take A Night Trip To Brighton
Pin This!

Champagne On The London Eye

Some travelers shy away from the London Eye (aka the giant ferris wheel towering over the city) because it seems “touristy.” That’s understandable, but a ride up in one of the capsules also gives you a view of the city that you really can’t match elsewhere (unless you manage to scale Big Ben). Furthermore, you can turn it into a luxurious and even romantic event by booking a champagne experience and indulging a little bit as you’re taken up into the air to look over one of the world’s truly beautiful cities. The champagne experience is described by Viator’s London pages as a 30-minute flight in a shared capsule where you’ll be served champagne by a host as you enjoy the landmarks below. There is also a similar (though significantly more expensive) private ride for two option.

Take In A Show At A Major Theatre

London has several famous theatres where a night out can be a truly remarkable experience. Of course, that depends somewhat on the show schedules and whether or not you can catch a performance you’re particularly interested in. But in some cases, the venues themselves are worth the price of admission. Shakespeare’s Globe Theatre is undoubtedly the most famous of the bunch, but the Gielgud Theatre may be the best bet for those looking for a feeling of luxury. Described by Londontown as a towering four-story structure with decorated pillars and Baroque ornamentation, it truly is a sight to behold. Inside, you can feel its age, but the theatre still feels refreshingly cosy and authentic.

There are several major horse races throughout the spring in England, but the Cheltenham Festival is just a few hours’ drive west of London (and through the beautiful Cotswolds region). It’s also considered by many to be the most enjoyable. The event is outlined by Betfair’s Cheltenham page as a four-day festival consisting of a variety of top-notch races, as well as themed occasions. As they also make clear, the Cheltenham Festival is primarily a sporting event, with a great deal of attention paid each year to the horses competing, the odds laid on competitors, and so forth. But there’s a delightful luxury component to the event as well. Attendees dress for the occasion and mingle in champagne and cocktail bars in between races, to the point that the whole thing can feel like an extravagant pageant of sorts.

Sticking with sporting occasions for a moment, there might not be an attraction or event in London that quite tops Wimbledon for luxury travel lovers. Held each July, it’s considered by many to be the most prestigious of the tennis majors, and it constantly inspires stunning play from the world’s greatest champions. But what’s really appealing to a lot of fans is the spectacle of it all. There’s an old-fashioned charm and dignity to Wimbledon, seen in the fashion of the spectators (and even in the all-white outfits required on players) and the impeccable atmosphere surrounding the courts. Tickets to this tournament are difficult to obtain, but there’s a nice Telegraph guide that details the process.

London is full of incredible venues and attractions to explore, and many of them offer private or VIP tours. Most any of them can make for an unforgettable experience, but a private tour of Kensington Palace may take the cake. The tour is described by Luxury Vacations UK as consisting of either a morning or evening guided look through the royal accommodations, including close-up examinations of outfits worn by past royals. But best of all, you’ll end your tour with either a breakfast or wine reception in a picturesque location on the grounds or in the palace.

Take A Night Trip To Brighton

For all its popular attractions and landmarks, England is often somewhat overlooked when it comes to coastal beauty. The country is home to some gorgeous and entertaining beach towns and coastal stretches. And it just so happens that one such area—the city of Brighton—is an easy day’s travel south of London. A trip to Brighton means a chance to get away from the big city for a day in the midst of your vacation, as well as a chance to enjoy one of the fine boutique hotels just inside the beach. In particular, the Drakes Hotel of Brighton should be on the list of anyone seeking unique, high-end accommodations. One look through Trip Advisor’s page on the Drakes shows why many travelers find this seaside getaway’s charms to be irresistible.

Hopefully this selection gives you a taste of the variety of luxury and VIP attractions you can enjoy in and around this fabulous city!

For your Honeymoon, choose the best Greek Island

Can you believe this is a HOTEL suite?!In fact,

Who else loves alfresco dining? 🍽🌴I recent

Who else loves these lavish hotel interiors? 😍

Are you ready to swing into a new week? 🎉For

Have you ever seen the famous 4th of July firework

Who else wishes they were in Santorini right now? 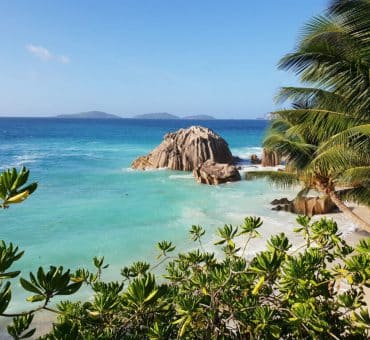