Food is an essential part of the culture of any society. As societies evolve technically and become more urban, the foods change and become remote from local production and traditions. However, in Madrid, tradition guides modern cuisine. Here, ancient food establishments remain within the modern city. They are evidence that the Spanish people are a mixture of modern and traditional culture Madrid Food Tour is responsible for displaying the city of Madrid from the point of view of typical dishes and drinks, it tells a fascinating story.

The tour begins at 10:30 am in the Plaza Mayor, in front of the tourist office. Carmen, Jill, my mom and I identified our guide very quickly. The tour guide carried an umbrella with the logo of Madrid Food Tour, typical in most tours. After a brief explanation, we are off to enjoy the best of Madrid cuisine.

A Madrid Food Experience In 9 Stops

Confitería El Riojano was founded in 1855 by Dámaso Maza, who worked as a pastry chef at the Royal Palace and decided to start a business.  It seems that the Queen Maria Cristina even helped him establish himself. Having no children, the baker left the business to his employees. The business has passed down from one generation to another trying to preserve their distinctive characteristics.

The narrow storefront windows, filled with delicious sweets, are very striking and have whetted the appetite of more than one visitor. All their pies, cakes, cookies and chocolates are homemade and are made ​​daily in the oven, which is right behind the tea room.

With the tasty breakfast that included a home-baked biscuit dunked in warm chocolate and a choice between coffee or tea, we were ready to continue the tour.

We continued the walk through Calle Mayor until we reached Plaza de La Villa, around it are the main facades of three buildings of great historical and artistic value, built in different centuries (Los Lujanes House and Tower, Cisneros House, Town Hall of Madrid).

Then we took a turn off to a small street called Calle del Codo, and we arrived at a hidden door which wasn’t included in the itinerary: A Secret Stop, where you’ll witness a century-old culinary tradition.

It was a convent where the nuns have been selling homemade cookies for centuries, and they allocate the money to the needy. However, the strangest part of this tradition is that the nuns have never been seen by the people buying the cookies or anyone else. They put the cookies into a kind of rotating turntable passage and receive the payment the same way. It is one of the most unusual things I’ve ever seen, but the cookies were delicious.

We stopped at one of the counters and sipped sweet red Reus vermouth on tap accompanied by some tapas and skewers with quail egg, anchovy, olive, and pickled pepper. The Campo Real olives and Marcona almonds were the best.

El Mercado de San Miguel is the place where, in addition to the buying food, its entertaining simply waking around and trying all the great food and drinks.

Luis Montón opened El Anciano Rey de los Vinos (Elder King of Wines) in 1909, our next stop. It is very close to the Cathedral de la Almudena  and a few steps from the Royal Palace in Bailen St. The specialty is vermouth on tap and it is made right there.  We walked passed the beautiful bar area and headed to the back where they had a restaurant area.

The bar has remained the same with its original decor from over a century ago.  The facade, with its red color quickly brings red wine to mind. You can choose to sit on the terrace, the bar, or the restaurant as in our case, where we were seated and waiting for our next wonderful tasting.  Our waiter brought vermouth for each of us to taste along with Bull tail.  In the past I never liked it, yet here I was enchanted with the presentation of the dish and the various sauces accompanying it. After tasting it I would have to say it was magnificent. They also served it with Marqués de Griñón Rioja red wine.

Taberna La Bola restaurant is over 145 years old and has been in the same Verdasco family for (4 generations).  It is known for its signature dish, the Cocido Madrileño (The Madrid stew).  It is cooked very slow in an earthen jar over low flame, and they throw in many tasty ingredients (which they let us watch a demonstration in the kitchen).   It is hands down the best broth and stew we ever tasted.

To prepare the Madrid stew, they put potatoes, beans, bacon, ham bone, chicken, beef shank, and Asturian sausage in a clay pot. Each clay pot contains one ration per person, and must be cook for six hours over the fire.  For cooks, this is hard work in the kitchen because the temperature can get as high as 40 degrees celsius (104 fahrenheit).

The walls are decorated with the pictures of all the famous people who have visited the tavern.

After that, we continued discovering more hidden little places in Madrid.  La Despensa de Carmen, whose name was a source of much laughter since it’s the same as my cousin Carmen. They prepared take out food with fresh and natural products. The place is very small but has a great variety of dishes on top of the amazing prices, especially considering the quality of food. We ate their delicious meat balls, which remind me a lot of the ones my aunt in Cuba makes. The tuna empanadas were finger-licking scrumptious!

Our next stop was Ferpal, located near Plaza del Sol where they probably sell the best hams in the city.  It’s a deli which you can buy all types of Spanish hams, cheeses, and other products.  You can also order a sandwich.

Our guide purchased three types of hams for us to try (Serrano, Ibérico de recebo, and Ibérico de bellota) each have very distinctive flavors that becomes more intense.

Bar Cerveriz is a tapas bar that serves Spanish hams and good cured Manchego cheese (my favorite).   Another speciality is the homemade tortilla de patata (egg omelet with potatoes).  They brought out a few dishes for each of us to try, and served a glass of the traditional Trabanco Asturian cider (Spanish cider).   The owner even demonstrated for us how cider has to be poured.

I personally don’t like squid, but if you do La Campana is where you get the best calamari sandwiches served in a fresh roll in Madrid.  The rolls are heaping with deep fried calamari, hot from the fryer.  Our guide went inside and purchased a few sandwiches for all of us to try.

Our last stop of the tour ends in Torrons Vicens. Since 1775, the Vicen family has been mastering the art of making turron following the original recipes of Agramunt, Cataluna.  In Spanish we called it “turron”.  We couldn’t miss out on a good turron. Turron mostly consist of marcona almonds, honey and egg white.  While turron’s are available all during the year it is a treat that everyone eats during the Christmas season.  There are many different kinds of turrons.  Examples of different kinds of turron are Turron de Almendra (almond), Turron de Cacauete (Peanut) and Turron de Avellana (roasted hazelnut).  The two most famous kinds of Turron come from Alicante and Jijona.

Recommendations:
– Make sure to arrive 10 minutes before the start time.
– Wear comfortable shoes, and clothing.
– Bring sunscreen, or an umbrella to block the sun.

Disclaimer:  We were guest of Madrid Food Tour, but these are all my personal opinions.

Alexandra
Alexandra Hernandez is a travel journalist, content creator and social media specialist. She shares her adventures and destinations through high-quality photos and detailed articles on Carmen's Luxury Travel and her personal travel blog, Alexandra Far Away. She is also an expert in the fields of video editing and graphic design, and has professional experience in SEO writing, digital marketing strategy, branded content, and social media management. Through her passion for authentic cultures, history, and her eye-catching aesthetic, she documents hidden beauties that often go unseen.

4 Most Luxurious Destinations in 2020

Stay and Play at Cowdray: A Luxurious British Country Estate

Mother’s Day is just around the corner in the U. 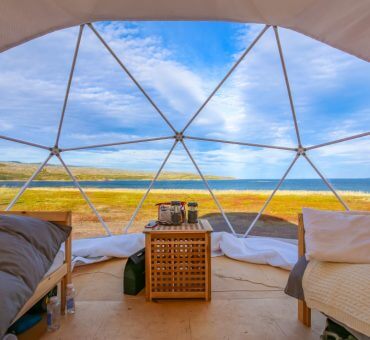