No matter where you are in Dubai, the Burj Khalifa rises imperiously out of the sands of Dubai.   The Burj Khalifa stands at a stunning 2,722 feet (828 meters). It’s three times as tall as the Eiffel Tower and nearly twice as tall as the Empire State Building. That said, the structure’s symbolic place in the modern world is perhaps as noteworthy as its structural accomplishments.

The Burj Khalifa’s design resembles the lyrical and well-proportioned structure of the Hymenocallis flower, a regional desert flower that inspired architect Adrian Smith‘s vision of the iconic tower.

Aside from being one of the most spectacular sites in the world, the Burj Khalifa provides a number of features designed to attract visitors.  The first 15 floors of the hotel make up the Armani Hotel. It’s the first hotel from fashion designer Giorgio Armani featuring spectacular views of Downtown Dubai from inside the world’s tallest tower.  The rooms are as sleek and stylish as you would expect, and the signature Armani Restaurant serves some of the best Italian cuisine in town.

Guests can even enjoy the views of the 902 foot-long Dubai Fountain , which shoots water up to 500 feet in the air from the bedroom windows at the Armani Hotel or from the terrace of the Armani’s Restaurant.

To come to Dubai without a visit to the top of the Burj Khalifa is unforgivable, so we brought the VIP Tickets online before we went. You can also purchase them at the Dubai Mall. Using our VIP Tickets was similar to a fast track access pass. Not only do you avoid the crowds to enter this iconic landmark, but it also gives you access to the exclusive observation decks and luxury lounges on the 124th, 125th & 148th level of this megastructure.

When we arrived, we spend some time admiring the exhibits on the building’s history.  Using our VIP Tickets, we skipped the general lines and waited in a special line. A gentleman escorted us and a small group of 10 others through a long hallway which displayed videos of the building and it’s construction until we reached the elevator.

Once inside the elevator, the ride took about a minute before we soared from the ground level to the 124th floor. We watched the display of floor numbers changing rapidly,  projections of landmarks on small TV’s throughout, and a display of flashing lights. We came to a stop on the 124th floor.

Once the elevator doors opened, we were greeted with a nice selection of treats, dates, and a cold refreshing drink in the observation lounge area on the 124th floor.   The views from the windows were jaw-dropping.  We wondered around admiring the staggering views of  the city of Dubai below from all angles.

If you’re a photographer, take a tripod with you to capture the endless panoramas towards the beach and over the city.

From the Burj Khalifa sky lounge, we were personally escorted to a dedicated elevator that took us to the highest point the 148th floor, soaring at 555 meters (1821 feet).  Floor-to-ceiling glass walls provide a breath-taking unobstructed 360-degree view of the city, desert, and ocean.  All we could say was “Wow, what a view”!

After spending 90 minutes wandering around, we stopped at the gift shop to pick up a few souvenirs to take home.

Tourists without a fear of heights (or with strong faith in engineering) will find the Burj Khalifa one of the most exciting vacation experiences imaginable. A one-night stay at the Armani Hotel can range from anywhere between $500 and $2,000, though the latter price tag is reserved for the “signature” suites.

The building has its own Metro stop, the Burj Khalifa Station which is a 10 minute walk away and you can book tickets online.  My only regret was that we didn’t go at sunset to see the city of Dubai by day and night from the top.

A Weekend Guide to Exploring Tallahassee

How to Travel the World and Earn Your Degree

6 Festivals In The World You Don’t Want To Miss

10 Things You Need for a Luxurious Camping Trip

The Best Staycation & Day Trip Ideas Outside of London 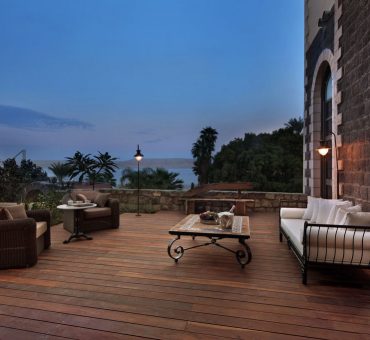