Whether you’re a keen gambler or not, there’s no doubt that some of the most extravagant and luxurious resorts in the world are intrinsically tied to their casino counterpart. For those looking to holiday in such a destination, there are several factors to consider. Do you care most for the quality of games on offer, or the sheer size and opulence of the resort? Are you attracted to the casinos with a rich history and lasting legacy, or are you more interested in the types of crowd that frequent its grounds? Below is a guide to five of the most glamorous casino resorts in the world – take your pick…

Anyone who knows anything about gambling knows of the iconic Venetian Casino Hotel in Macau. Venetian indeed, with its luxurious gold pillars, opulent ballroom halls and canals that run along the building’s exterior. Modelled after its sister resort in Las Vegas, this incredible casino hotel is the world’s seventh largest building by floor area, and the largest single-structure hotel in Asia. With 39 floors, 7 signature restaurants, orchestra and state of the art sport centre – The Venetian Macao is simply a luxury traveller’s dream come true.

The towering, dazzling structure of the resort serves as a representation of the hotel’s glitzy and unapologetically voluptuous character. Its four main casino areas are named ‘Golden Fish, ‘Imperial House’, ‘Red Dragon’ and ‘Phoenix’ – all of which have their own special theme. Which such comprehensive design, it’s no wonder this place is home to some of the most exclusive poker games in the world. It doesn’t matter what type of gambler you are, or what games you’re after – you’ll find it all on offer at the majestic Venetian Macao.

As its name would indicate, the Marina Bay Sands Hotel & Casino overlooks a bay side – a particularly impressive one at that. The glittering water reflects the fantastic purples and gold of the building – an avant garde construction with three towers connected at the top by a large model of a ship. The inside is equally as futuristic, with thick spiralling rails of gold serving as casino decor.

The hotel’s countless other attractions include an ice rink, infinity pool, several theatres, restaurants and shops. The Marina Bay Sands is the world’s most expensive stand-alone casino property – and contributes dramatically to Singapore’s economy. There’s not a more prestigious place in Singapore to gamble, shop, sleep and eat!

The Mediterranean coastline of Monaco is famed for its stylish nightlife scene, yacht-lined harbour, prestigious restaurants, opera houses and boutiques. In other words, it’s the perfect home for an ostentatious and famed casino resort such as Hotel Hermitage, located at the centre of Monaco’s bustling casino square.

Few casinos can be said to have as fascinating and rich history as the Monte Carlo casino, just a short walk from the prestigious Hotel Hermitage. Whilst this hotel is a luxurious treat in itself, it is the casino that is the real crown jewel, with its grand 19th century exterior designed by a Parisian architect – and built for Monaco’s Royalty in 1863. It was Princess Caroline’s idea to introduce a glamorous source of extra revenue for the ruling family, and she went to great lengths in her ambition to make it succeed.

Princess Caroline’s vision was fulfilled when the magnificent neo-classically designed casino became an attraction for the wealthy and symbol of status all across Europe. With its charmingly old-fashioned character, beautiful fountains and rose bush garden – it also remains one of the most beautiful casinos in the world. Today, the casino is associated with the many classic movies in which it has appeared, including several Bond films and the 2004 ‘Ocean’s Twelve’.

Originally, Foxwoods Resort & Casino started out as a mere bingo hall. Thirty years later, and the complex consists of a whole range of five star suites, several famed restaurants and endless number of casino games to choose between. Extravagant in appearance but refined in style, this spectacular casino resorts is a great place for first-time casino goers to get their first real gambling experience. The resort’s thrilling location places it amidst the isolating Connecticut forest, contributing to the casino’s exclusive aura.

The casino’s slick interior mixes vogue and innovative decor with traditional woody colours and a classic layout. The accommodation at Foxwoods is as famous as the casino, with magnificent forest views from the hotel towers, and excellent cocktail bars dotted throughout the complex.

Located along the Las Vegas strip, the Palazzo Resort & Casino is one of the largest buildings in the US, and the tallest building Nevada. With its hotel suites’ bathrooms bigger than most people’s bedrooms, it’s no surprise the casino complex is equally imposing in terms of sheer size. The building’s luxurious and tasteful Art Deco design puts one in mind of 1920s America – an era of hedonistic glamour.

The Palazzo Resort & Casino combines aesthetics with practicality. Its efficient economic and environmental policies have made it the largest building to have been awarded an LEED (Leaders in Energy and Environmental Design) Silver Certificate. The casino can also boast of having achieved an AAA Five Diamond Award every year since 2009.

The two-story waterfall, palm tree-lined entrance and imperial poker rooms make this casino a popular choice amongst celebrities. The casino is also famous for hosting regular tournaments and providing a filming location for many ‘Wheel of Fortune’ episodes.

3 Ways to Help the Travel Industry During the Coronavirus Pandemic

Cannes Film Festival to the Monaco Grand Prix: The Best of Both Worlds

6 Ways to Upgrade Your Honeymoon 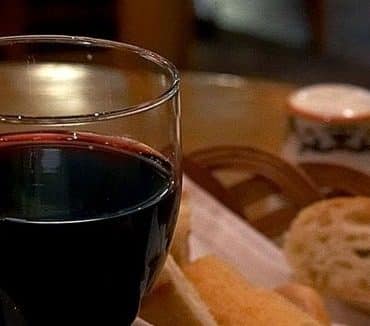 Top 7 Reasons to Visit Malibu with Your Family this Summer

Who else loves cruises?🛳 We are cruising from