Cities like Seoul and Hong Kong have fast become meccas for tourists craving a taste of vibrant city life mixed with a slice of Asian culture. With booming tourism industries, quirky must-tries, unique must-dos and a colourful melting pot of cultures all in close quarters, both are strong contenders for the title of Asia’s coolest city, but it’s the colourful metropolis of Tokyo that stands up strong and pips them at the post.

Contents show
Pioneers of technology
Trend-setters in fashion
History, culture and the future collide
There’s space to escape
Pin This!

It’s no secret the Japanese are a tech-savvy bunch. Game-changing inventions like DVDs, cameras and robots have seen them at the forefront of the digital revolution for decades, and with the likes of the Shinkansen and talking loos sat proudly on their list of worldly contributions, they’ve really done a great job of making the rest of the world look like technophobes. If you’re a tech geek, make your way to Akihabara (otherwise known as the electric city) for a full on attack of the senses. As you walk along the main strip, neon lights, booming music and wall to wall activity will ensure there’s no chance of you forgetting where you are and what you came for. Not afraid to show you who’s the boss of technology, Sony have an expansive showroom showcasing their latest, most innovative products, ranging from phones to robots. You can even visit restaurants where ordering sushi on an iPad that is delivered by conveyor belt is just a standard day at the office. It’s a forgone conclusion- Tokyo is the ultimate place to silence the geek within you.

From mega malls to boutique shops, Tokyo is undoubtedly a shopping mecca, it’s no wonder trend-setting in the fashion world is something this nation does incredibly well. Take Harajuku fashion for example. It all began with a handful of mavericks who had a penchant for brightly coloured clothing colliding with a conquest of patterns on one single piece of material. From here it escalated into a globally known trend. The trends of Tokyo start at grassroots level in shopping districts like Shibuya and Harajuku before seeping out to the masses. Street fashion is huge here so you can expect to see more and more labels joining the Uniqlos and Issey Miyakes that have come before them.

History, culture and the future collide

One of the things that makes Tokyo a strong contender for the title of Asia’s coolest city is undoubtedly its history. The remnants of the country’s past has not been lost over time, with everything from temples to shrines and historic castle ruins boldly on display for all to see. Japanese culture is also at the heart of everything. Whilst many Asian countries have succumbed to western culture allowing the English language to take a strong hold in speaking, advertising and tourism, in Japan, Japanese is still in number one. You can still see women in traditional dress, catch age-old forms of Japanese performance such as Kabuki, enjoy traditional architecture and even watch sumo wrestling. All this collides with the future of technology and lives in perfect harmony to deliver the best of both worlds.

Like many Asian cities, you can find anything your heart desires at the drop of a hat, whether that’s cuisine, entertainment or relaxation but there’s something Tokyo can offer that its competition find more difficult. The opportunity to retreat. Escaping the bright lights and bustle is simple here, with low-density residential areas situated in pockets around the city for you to explore on foot. You’ve also got the tranquillity of the parks found at the heart of the city, the serenity of the traditional spas, the opportunity to soak up silence at temples and shrines, as well as the relaxed confines and service to be enjoyed at unique luxury hotels in Tokyo.

Culture, traditions, charm and appeal all intact, Japan still manages to provide the tourist with a first-rate efficient, well-connected modern day experience. Tokyo is linked to suburbs far and wide via subway and train, and the entirety of the country can be reached via bullet train in just a matter of hours. How many Asian countries can boast such impeccable travel conveniences? You needn’t waste time queueing at airports for domestic flights, as you can visit those rural, hard to reach areas for a taste of Japanese life outside of the cities at speeds of 180 mph. 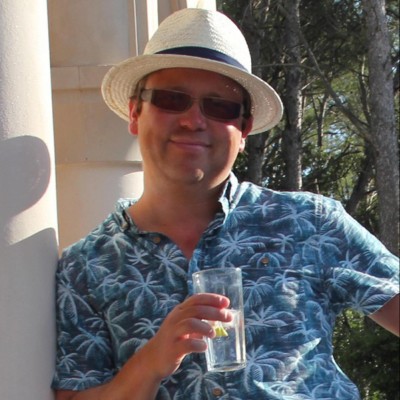 Ian Garstang
Ian Garstang is a travel writer and marketing specialist working in the luxury travel market. Ian is the editor at Luxury-Travels.net and has worked with such brands as GHM Hotels, Four Seasons and Aman. Ian was named Hotel Club's 'Bali Expert' and Nominated in the top 20 luxury travel bloggers on USA Today. Ian has written for various websites that include A Luxury Travel Blog, Luxury Asia News and Travelo Cafe.
Twitter Pinterest Google+

8 Things To Do When Visiting California Wine Country

How You and Your Friends Can Travel the Mediterranean in Style

How to Spend a Weekend in New York’s East Village

12 of the Quirkiest Hotels in the World

Spa Day: The Spa at Auberge Beach in Fort Lauderdale

Have you found any great Cyber Monday deals? *CLIC

Are you enjoying the great outdoors today or stayi

Will you be shopping from the comfort of home sear

What a perfect day to lounge by the pool @EauPalmB

Who else has enjoyed a staycation or road trip so

Which photo do you prefer, day or night? Either wa

Paradise can be found at the @MontageLaguna, an oc

Everyone needs something to work towards and look

6 Luxury Destinations to Save For