I’m not a big fan of snow and cold weather but there is something about sleeping in an igloo that sounds intriguing.  Especially with igloos being so rare these days. Eskimos have their igloos and Inuit have their ice caves, but for most of us, our life under ice has been pretty limited.

Several ice hotels have set out to change this. These full-size resorts are built completely from ice like the arch-villains in Bond films. Contractors and ice artists piece together these luxury entities with 2-ton blocks of ice. Then they pray that global warming doesn’t heat things up too dramatically.

If there is such a thing as a rustic ice hotel, the Sorrisniva Igloo Hotel in the northeast corner of Norway would be it. The rooms are not very large and low ceilings make them a bit claustrophobia-inducing. Still, the experience of sleeping in an igloo under the Northern Lights is second to none.  The rooms contain only beds, while other facilities such as toilets, changing rooms, showers and sauna are in the warm service building to ensure comfort.

The Ice Hotel Romania is a hot spot in a cold place.  Because it is so high above sea level, the 14-room Ice Hotel Romania and its adjacent Ice Church is only accessible by cable car. After local craftsmen carefully construct the beautiful structure, artists come in and add their own decorative touches such as ice sculptures that imitate the work of great Romanian artists. Typically completed by early December and open as late as May, the ice palace is worth every penny.

Imagine a hotel built from thousands of tons of snow and ice, and re-built every winter- that is Ice Hotel in the little village of Jukkasjarvi in northern Lapland, Sweden. The hotel opens every year in early December and closes at the end of April. You have a chance of spotting the northern lights in December and January, but those are the coldest months — temperatures can dip to 45 below. Accommodations inside the Icehotel are, well … chilly. Regardless of the temperature outside, the air in the Icehotel is always between 17 and 23 degrees Fahrenheit. Bedrooms have blocks of ice as beds, covered with fur, skin, hides and sleeping bags. In the common areas, there’s an ice couch and an ice bar, of course. Mercifully, the bathrooms are heated and off-site.

Canada’s only ice hotel, Hotel de Glace’s season runs from about mid-November until March at the earliest with its most ambitious reconstruction yet; with the site set to include a vast multi-media igloo and an adult-sized snow slide to boot. The concept for the Hotel de Glace is a combination of indigenous Inuit igloo construction and Nordic influences; which are echoed throughout the 36 unique rooms and suites.   Designers sketch up the hotel and build it in a matter of weeks every fall. Each year, the facility has something different — a new bed, a new bar. By the end of winter, when the weather gets warmer, organizers let nature take its course and melt the structure to the ground.

Guests love the overnight stay in rooms made entirely of snow. Well, almost entirely. The bedding and sleeping bags are designed to keep guests toasty warm but, really, the rooms aren’t too cold. Because of the snow’s natural insulating qualities, the indoor temperature of the Snow Village and its hotel always hovers between -2 and -5 Celsius, regardless of the outdoor temperature. The Snow Hotel has 30 rooms that are individually decorated with carvings, lights and more. There are also suites with different themes available. The shape of each suite is nothing like a standard square hotel room and they are all equipped with lighting, ice- and snow  The icy facility is said to have a unique, magical feel that combines ice artistry, handicraft and breathtaking constructions made entirely of ice and snow. Covering an area of about 20,000 square meters, the Snow Village is equipped with lobbies, a bar, restaurants, hotel rooms and suites. There’s also walls, slides and sculptures around the complex that are fun for kids and adults alike.

The Snow Hotel in Norway is a unique destination hotel with lots of room inside and beautifully lighted artwork made of snow. It is located in the Arctic town of Kirkenes – “at the top of the world” –  by the Barents sea, close to the Russian border.  The Snow Hotel is rebuilt each winter and opens approximately on December 20. The hotel is exclusively built with ice and snow, but there are normal beds with mattresses for a healthy sleep comfort. There is an exotic Ice bar where guests mingle. The temperature in the Snow Hotel is between -4  and -6  degrees Celsius.  Next to the Snow hotel there is a heated service building and an exotic, heated Lavvo restaurant. In the service building there is one room with a few beds, just in case a person does not feel comfortable sleeping inside the snow hotel. There is staff present during the night to secure safe overnight in the Snow Suites.

This amazingly beautiful hotel in Kemi, Finland, is like something out of the Snow Queen Fairytale with its majestic towers made out of ice, its snow restaurant and ice bar. Opening in January and closing in April before the annual meltdown sets in, the hotel towers 7 metres above the surrounding landscape and has 1,100 metres of walls. It changes constantly because every year it is built again from scratch and is never quite the same.

In winter, guests are able to spend a cosy night in the middle of the Parsenn ski region in a specially-built igloo village. In the evening, the village becomes a hotel with 17 individual igloos linked by huge corridors. The igloo hotel accommodates up to 44 guests, with igloos in four categories – Standard, Romantic, Romantic Suite and Romantic Plus. They offer an evening fondue, night-time snowshoe trek, sauna and – according to category – even a whirlpool.  The Iglu Dorf usually opens its doors around Christmas time.

This igloo village is located most beautifully at the Trübsee. Located at an altitude of 1800 metres, this village makes you feel like the first human being in the mountains. No stray light keeps the stars from competing with the ice crystals for the best glitter. At daytimes, discover the new “snowXpark” with electric snowbikes and paragliding.  6-bed igloos for families, companies and clubs. The expedition sleeping bags are designed for temperatures of up to -30°C – thus also keeping children and cold-sensitive guests warm.

The Arctic Snow Hotel in Rovaniemi in Finland is an entire world of snow, an experience destination that provides an exotic possibility to spend the night sheltered by snow and surrounded by picturesque and placid Lappish nature and to experience Arctic specialities, including the Icerestaurant as well as the surrounding fields of snow. The site consists of several ice and snow structures that make a memorable environment for families and for tourists seeking extreme experiences. There 15 unique “northern lights friendly” Glass Igloos are located just next to the Arctic SnowHotel. They offer “all-sky vision” in complete comfort .

How you ever stayed in an Ice Hotel?

How to Plan a Luxury Vacation to Belize *ENTER TRAVEL SWEEPSTAKE* 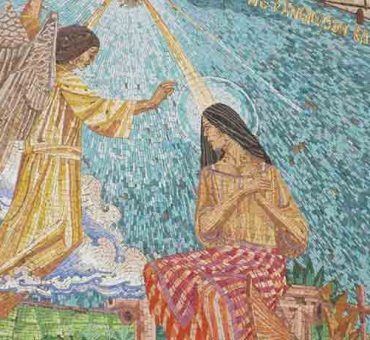