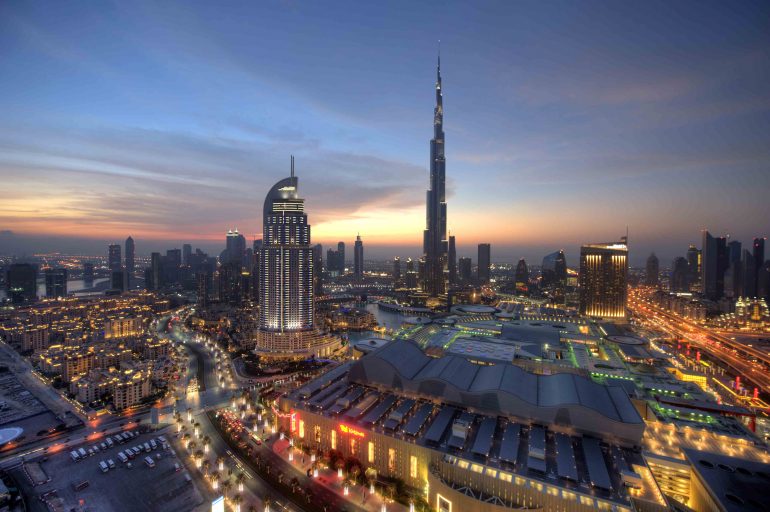 The biggest and most developed of the seven United Arab Emirates, Dubai has a well-deserved reputation as an oasis for cosmopolitan luxury travelers with money to burn. But the city’s most distinctive feature is its pursuit of all things over-the-top, from “seven star” luxury hotels and shopping malls with ski resorts to man-made islands built in the shape of palm trees and continents. Dubai has it all! Here’s some insider tips on the some of the things we did on our recent trip to the Middle East that you don’t want to miss.

The best way to see Dubai is from above on a seaplane.  Venture onboard a Cessna seaplane tour with Seawing Seaplane Tours on a 40-minutes seaplane flight.  Experience spectacular views of Dubai’s skyscrapers, beaches and architectural wonders from above as you swoop around some of the top Dubai attractions such as the Burj Khalifa, Burj Al-Arab and palm-shaped island archipelago of the Palm Jumeirah. You can choose from two take-off locations and three departure times from each to suit your schedule.

The tallest building in the world the Burj Khalifa stands at a stunning 2,722 feet.  The first 15 floors of the Burj Khalifa are an Armani hotel.  The Burj features two observation decks “At The Top”, one of which is the highest in the world on the 149th floor, the other observation deck on the 124th floor.  Both are gravity-defying, jaw-dropping views.   We bought the VIP tickets which allowed us to go to the 149th floor.  You first spend some time admiring the exhibit on the building’s history, then take the fastest (of course) lift in the world. In only a few seconds the doors open to a welcoming cocktail reception in the 149th floor observation desk.   It’s well worth it, as the views will blow your mind.  You can spend an hour capturing the endless panoramas towards the beach and over the city.  Once you’re done with admiring the views, take the elevator down to the 124th floor, where you can observe the view from a lower level.  On your way out, stop at the gift store to buy some a miniature Burj Khalifa to take home with you.

The Burj calls itself ‘the world’s only 7-star hotel’ and, whether or not you agree, it’s certainly one of the most iconic buildings in Dubai. Soaring to a height of 321 metres over the coastline of Umm Suqeim, the Burj is designed to resemble a billowing sail. There are various viewpoints but one of the best is from the public beach next to it, for the ultimate Dubai shot of you on the beach with the Burj in the background. It is one of the most photographed structures in the world, and consistently voted the world’s most luxurious hotel, so naturally it’s rather expensive for the average visitor. Here’s a good tip however: go for a drink at the Dhow and Anchor in the hotel opposite Jumeirah Beach hotel and sit out on the terrace for an even better photo opp. If you can’t afford the $15,000/night luxury suite, try dining amongst the sea creatures in the underwater restaurant!

A desert safari offers the chance to get a flavour of the Bedouin existence from when the Dubai skyline was more sand than super-city. Numerous companies offer desert safaris but check them out before booking: ask what time you’ll be dropped back at your hotel and whether they plan to stop anywhere on the way, especially what food there will be and any extras you may need to pay for. Most desert safari tours start with a 4×4 drive to an authentic Bedouin campsite where you can try ‘hubbly bubbly’ (shisha tobacco) and indulge in fresh barbecued shawarma. Opt for a thrill ride around the dunes by Land Rover or camel depending on the tempo you want, while after sunset, it’s a magical experience just to sit in the darkness and stare at the many, many stars visible away from the city lights. Companies like Arabian Nights include options like falcon-handling and belly-dancing entertainment that start at $82 for an afternoon to evening safari.

Get ready for something spectacular, exciting and – best of all – free! If you’ve seen the Belaggio fountains in Vegas and thought you’d seen it all, Dubai does it taller, bigger, louder and with an incredible light show at night. Enjoy the 902-foot-long Dubai Fountain, which shoots water up to 500 feet in the air. The musical repertoire of the fountain show includes Sama Dubai, Baba Yetu (an award-winning song in Swahili), the Arab world’s top-selling dance number Shik Shak Shok, and the signature piece of world-renowned Italian tenor Andrea Bocelli, Con te partiro: Time to Say Goodbye. The fountains are situated outside the Dubai Mall, surrounded by a lively hub of restaurants with frontrow views – book ahead to dine on the terrace and see the fountains in all their glory. The fountains operate Saturday to Thursday 1pm and 1.30pm; 6 to 11pm every 30 minutes, and Friday 1.30pm and 2pm; 6 to 11pm every 30 minutes.

The Dubai Mall is the largest shopping mall in the world and a retail heaven with over 1,200 stores. Walking in through the doors, all you can say is “Wow” and gaze in awe at the opulent mall and the uber-luxe stores that surround you.  In a city that is well-known for luxury, you better believe the Dubai mall is a must-see! You will find everything your heart desires all under one roof.   Inside, you’ll find an entrance to Burj Khalifa, an ice-skating rink,  aquarium and underwater zoo, a games center, and a cinema. Sitting outside near the dancing fountain is an experience that you may never find elsewhere. It is really an amazing place for you to spend your time with your friends or family.

Ski Dubai – Mall of the Emirates

Dubai is the only place where you can visit the desert and hit the ski slopes in the same day.  Ski Dubai, is  the world largest snow park with a huge ski slope situated in Mall of the Emirates, close to the Burj Al Arab. You can go from the 50°C desert heat to below zero temperatures.  This incredible winter wonderland features a replica indoor mountain with 5 slopes of varying difficulty, including the world’s first indoor black run.  You don’t have to worry about ski clothing or equipment because Ski Dubai offers guests winter clothing, ski and snowboard equipment rentals.  Your skis will carry you down the slope, and the quad-chairlift and tow lift will promptly carry you back to the top for another run.  They offer ski lessons for those of us that aren’t great skiers. There’s even a café-bar halfway up the ski slope in true mountain style, so you can stop for a bumper hot chocolate and watch the fun unfold.

The Jumeirah Mosque is a much-photographed landmark, especially in the evening when its lit up against an evening sky, it’s also the only Dubai mosque to open its doors to non-Muslims with informative guided tours. The Sheikh Mohammed Centre for Cultural Understanding (SMCCU) organises tours of the Jumeirah Mosque six days a week from Saturday through to Thursday at 10:00am. You don’t need a reservation to attend, but you should arrive at the main entrance to the mosque at 9.45am.  The tour lasts around 75 minutes.  Please remember to wear modest dress attire.  Ladies should cover their head/hair, and wear loose clothing.  You can borrow traditional attire from the mosque.  Most unusually, photography inside is allowed, so bring you carmera!

The Gold Souk is worth a look but you might need an unlimited credit card to shop here. The Gold Souk, located on Dubai Creek’s south bank in the Deira, specializes in glitz and glamour. Featuring glittering displays of necklaces, bracelets and earrings from more than 300 retailers, the Gold Souk is one of the most renowned gold jewelry trading centers in the world. But if you’re not one for gold, don’t fret. The souk also sells platinum, diamonds and silver. Make sure to check around the souk before deciding on what to buy, as many shops sell similar items. (Haggling and comparison shopping is common.)

On the other side of the creek lies the pungent Spice Souk, where vendors hawk flavors from across the globe, including cinnamon, ginger and chili. This is also the place to stock up on saffron, as you’ll find this delectable spice at a much lower cost here than you would at home. Recent visitors strongly suggest bargaining when visiting the souks in Dubai.

Have you ever been to Dubai? If so, please add your recommendations of things to do in the comments so we can add them to our list when we return!

The Villa Padierna Palace Hotel in Marbella: A Luxurious Stay in the South of Spain