Everyone loves their car. Cars are used more and more in this country, with over 46,000 personal vehicles sold every day in the US alone – a truly staggering amount of vehicles. With many people driving to work, school, college, or their family homes every single day, it’s no wonder the auto industry is one of the biggest in the country.

Within this, you’ll find people looking for all sorts of deals. Some people want huge pickup trucks, others want little coupe cars they can drive around town in. In this article, we’re going to discuss modern sporty cars that are of great value, have nice drive, and get good mileage. If this is something you’re after, read on to find out more.

The Best of Both Worlds

Everyone loves a sports car. If they could, many people would opt to buy and drive a Lamborghini or Ferrari to work! These cars, as beautiful as they are, are rarely practical. Though, the feeling of driving something with a lot of power and style isn’t lost on most people.

This is why so many car manufacturers now make some nice sports-like models that also provide great comfort, style, and mileage. I’d also recommend auto covers in order to keep the car interior clean. Driving something that feels powerful and looks great, whilst also not blowing your monthly paycheck on gas is a great combination – the best of both worlds! Let’s take a look at some of these models, why they’re great, and what their mileage is.

The 2021 INFINITI Q60 Luxe is a truly beautiful machine. As the INFINITI dealer in Cherry Hill says, “the Q60 is a beautiful car with AWD, adaptive cruise control, WiFi, Bluetooth, and many more excellent features as standard.” It truly is a magnificent looking car, while these are just some of the huge list of bundled features you get in a base model, starting at $54,000.

The best bit? You get this Q60 with its 300-hp 3.0-liter V6 twin-turbo engine – which feels amazing to drive – and it’s super-efficient. It can average 28mpg on highways, so it’s not a total gas-guzzling machine. The INFINITI range could be a great place to start if you’re looking for something sleek and sexy but also a little practical!

If you’re looking for other cars with a similar style and size, you’ll probably hear lots about the 2020 Honda Civic Si. The first difference you’ll probably note is the price, as it comes in much lower than the INFINITI range at $26,000 and upwards. This is mainly due to a lack of standard features when compared with the Q60. It is light on flashy features but does have some nice things as standard, such as Apple Play and USB ports.

Where this car does come out on top though is with its miles per gallon. The Civic can pull 36mpg on the highway, making it far more efficient than the Q60. What you trade-off with style and features is paid back in extra mileage.

Now for something on the sporty end of the scale – the Toyota Supra. The latest models of the Supra are truly gorgeous. They are designed and feel just like a true sports car, having rejoined Toyota’s range after a long hiatus. Even the most budget model – coming in at a tidy $44,215 – gives true sportscars a run for their money when accelerating from 0-100. It also comes with a nice infotainment system, a large screen, playback features, and a 10-12 JBL audio speaker system, depending on which spec you opt for.

This all sounds too good to be true, right? A real racy car coming in at 44 grand? There must be something wrong with it? Well, aside from its small interior – making it less practical than previously discussed models – it’s as efficient as the INFINITI, making it a solid choice. It gets 30mpg on the highways and a tidy 22 in the city. If you go for the more powerful Supra 3.0, these figures drop by about 3mpg, but it’s still a highly efficient car considering its pace and sporty feel.

Each of these cars is a little different. The INFINITI range suits someone who wants that great sporty feel, with all the mod-cons of a luxury ride. The Civic could be viewed as a budget version of the INFINITI and may suit younger or less fussy drivers. Finally, the Supra will suit those who want to drive fast and feel like they are a sports car owner. Each of them has great mileage and will leave you feeling happy you bought one!

The Best of Cuba Yacht Charter

9 Ways A Breakcation Can Mend Your Broken Heart

Where to Visit in China & Explore Remarkable Destinations

6 Steps To Take If Injured While Traveling 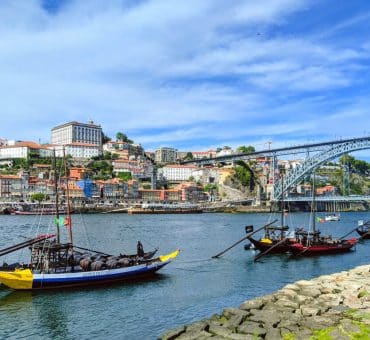