Europe currently boasts hundreds of Michelin-starred restaurants, so narrowing down the choices to a handful of top performers isn’t easy. Every establishment has been starred for a reason, so a night out at any one of them guarantees an amazing culinary experience. That being said, here’s a list of some of the best-rated Michelin eateries in Europe.

Fera means ‘wild’ in Latin, and Chef Simon Rogan takes the name very seriously, indeed. Many ingredients are intriguingly obscure, from blewits (lilac-coloured wild mushrooms served with aged pork, grilled carrots, and lettuce) to sea buckthorn, which is served as a dessert each with licorice, carrot, and whey.

Every dish is delivered in a decorative and imaginative style, like miniature works of art. A good example is the hugely popular grilled salad, which consists of endive leaves literally grilled over embers and accompanied by truffle custard and sunflower seeds. Service is polished yet welcoming, with many dishes being personally brought out by a chef.

Europe’s Michelin Star restaurants of this standard are popular with not only local residents but also visitors from countries such as the US, Europe and Australia. Many travel on services like Chapman Freeborn – the World’s leading air charter service – just to sample the famous cuisine, which is testament to the dining experience is!

At le Meurice, it’s back to basics, in which simple and seasonal ingredients are transformed into works of culinary art. The restaurant interior has a royal theme that sets the stage for the menu quality: inspired by the Salon de la Paix at Versailles, it features crystal chandeliers, antique mirrors, frescoes, and a profusion of marble. The sense of romantic elegance is reinforced by the view of the Jardin des Tuileries.

The menu isn’t as avant-garde as some restaurants: staples include lobster, Jerusalem artichokes, Albufera poultry, tartufi di Alba, vegetables cooked in a salted crust, gourmet cheese, and seasonal fruit. But everything is combined for mouthwatering effect: the Christmas menu features blue lobster served with Jerusalem artichokes and black Truffle; warm game pâté, and Citrus Vacherin. Lunch and dinner are taste celebrations that won’t be easily forgotten.

Located in the Rome Cavalieri hotel, on the top of Montemario hill, La Pergola is famous all over Europe for its impeccable service, upscale decor, and menu whose fame is well-deserved. The fact that it is the only restaurant in Rome to be accorded three stars attests to the magnificence of its cuisine.

Michelin Chef Heinz Beck has been running the famous three ­Michelin-starred La Pergola restaurant at the Cavaleri hotel in Rome since 1994, and it’s now hailed by many as Italy’s top restaurant.

The gourmet menu includes combinations such as duck tortellini with pine needle infusion and porcini powder, and cod on kidney beans with iced parsley snow. Even the appetizers reflect imagination and class: beef veil on amaranth grain with pressed caviar and herbs, and amberjack (a type of fish) marinated in yuzu and lemongrass on guacamole with soya macaron.

The publication of each Europe-oriented Michelin Guide is always a big event among the fans of top restaurants and celebrity chefs. There’s a good reason for this devotion: when a European eatery is Michelin-starred, it’s the epitome of fine dining.

Located in east-central London, Club Gascon is the priciest and most upscale of the three-member Gascon group (the other two being Comptoir Gascon in Farringdon and the Cellar Gascon wine bar in Smithfield). Head chef Pascal Aussignac delivers dishes inspired by his native Toulouse: the three-course set lunch menu includes crackling pheasant’s eggs, braised wild mushrooms, and black truffle, with Roquefort and white chocolate doughnuts for dessert.

Vegetarians are not overlooked: the lunch menu for December includes smoked tomato tart and courgette flower primavera. There are also holiday menus and a la carte dinners with five selections.

The interior, an urbane combination of marble panels and muted shades of grey and gold, softly proclaim the restaurant as a haute cuisine haven. A playful element underscores all the elegance via surprising (yet flawless) flavour combinations and menu descriptions in inverted commas.

The Diplomat Beach Resort Hollywood – Luxury At Its Finest

Where To Eat Like a Local in Miami, Florida

Suite Class on Royal Caribbean - Oasis of The Seas 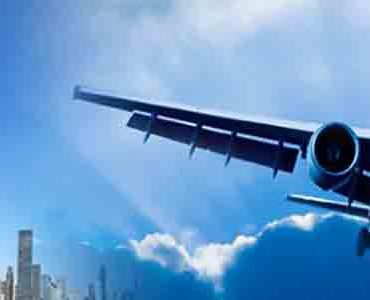