I’ve always been fascinated with the stars. I can spend hours and hours just staring at them, admiring their beauty and wondering what might lay out there.

Tenerife’s Mount Teide National Park is not only home to a dormant volcano, you will also find Europe’s finest solar telescope at Teide Observatory.  The observatory is located at 2390m above sea level, it’s the home to telescopes and other instruments belonging to over 60 scientific institutions from 17 different countries. A great deal of fundamental research in astrophysics is performed here.

The low-light pollution and pristine night-sky conditions along with its geographical location (between the eastern and western solar observatories) make the Teide Observatory ideal for studying the sun as well as the stars at night!  In the Canary Islands, the skies are actually protected under “Spanish law* to control contamination levels and flight paths to protect the perfect star-gazing conditions.

As you can understand, the Observatory is not open to the public, but the Astrophysics Institute organizes visits to the Observatory for groups who want to learn about astronomy.

I was super excited to go on a tour organized by Volcano Life Experience to the Teide Observatory during my recent visit to Tenerife.  We headed by car to the based of the observatory located in Teide National Park to meet our group.  We stopped right outside the entrance road with a few other cars. Our guide had to telephone ahead to get the huge metal barrier in the middle of the road to go down. Once it did we lined up in our cars like a caravan and followed our guide to the top of the road.

Once we arrived, we sat for a few minutes as our tour guide explained a few things.  Since we were at a high attitude of 2390m, they told us to let the guide know immediately if any of us had symptoms of altitude sickness such dizziness, nausea, shortness of breath, ringing in our ears, plugged ears or headaches. Everyone seemed fine so we continued.

In this part of the Teide Observatory, there are three different types of buildings. In one area, they use highly specialized telescopes to study background radiation from the “Big Bang Theory” at the origin of the Universe.  Another set of telescopes are for night watching and solar telescopes.

The  solar telescope to the far right is called Themis with a mirror of 90 cm.   The Themis is a Heliographic Telescope for the study of the magnetism and instabilities on the Sun.  The one in the center is the VTT telescope with only a 70 cm mirror. It is equipped with several focal plane instruments for the observation of objects and physical processes on the solar surface.  The VTT (Vacuum Tower Telescope) is the largest building in this Observatory with 18 floors.  You can’t tell from the outside that it’s that long.  Only 10 floors are seen from above and 8 are below the ground.  The main solar telescope of pictured here on the far left is called Grecor (German).  Grecor is the largest telescope in Europe measuring 1.5 m, and the second largest solar telescope in the whole world.

The Visitor Center is housed in an empty dome, which has been equipped to teach visitors about space science. The center has a capacity of around 40 people and is used to explain what an observatory is, how telescopes work, and the importance of Astronomy.

Our guide spoke about why we study the sun, because it’s the star that we mostly live by and it’s the only star in the entire universe.   Sun light takes eight minutes to reach us.  The light from the Northern Star “Polar”, takes more than 400 years to reach earth.  Isn’t that crazy!  When we see the Northern Star, we are seeing it as it was 400 years ago.

As I sat inside the visitors center watching a brief video about the sun, and some of the images from the Hubble Space Telescope, I got to think about my father-in-law, Dr. Burton Edelson who was a pioneer in space science and a leader in satellite communications.  As Associate Administrator for NASA in the 80s. he helped oversee some of NASA’s most popular science programs including the Hubble Space Telescope and Mars exploration missions.  It would have been so interesting if he was still alive to tour it together.

In addition to these instruments for solar observation, the Observatory has a number of other telescopes, such as the “Carlos Sanchez” telescope, that introduced many Spanish astronomers to the specialty of infrared astronomy.

We got to go inside the Carlos Sanchez Infrared Telescope.  This telescope is focused on night time observations in the infrared range.

They had two telescopes set up for us to see the sun and its rays.  You can’t look directly into the sun because it can burn your eyes.  They demonstrated this by taking off one of the protective filters on the telescope and holding a match to it.  Once the light from the sun reflected on the match is caught on fire!

Tenerife is accustomed to hosting ‘astro tourists’ who flock to the island for the Starmus Festival, which began in 2011. The unique event is the brainchild of Dr Garik Israelian of the Astrophysical Institute of the Canary Islands (IAC) and features astronomy talks, documentary screenings, astrophotography exhibitions, and ‘star parties’.   Next year’s event will be honoring Dr. Steven Hawking.

Tour are offered in English, Spanish and Germany on different days of the week and can be booked directly on their website:  Volcano Life Experience.

Disclosure – I would like to thank Turisme de Tenerife and Volcano Life Experience for providing me with a free tour. These are solely my personal opinions/experiences and I was not financially compensated for this post.

Best Spots for Skiing Near the Cote d’Azur

Top Things to Do in Trinidad Cuba

The Most Amazing Things To Do on the Cote d’Azur 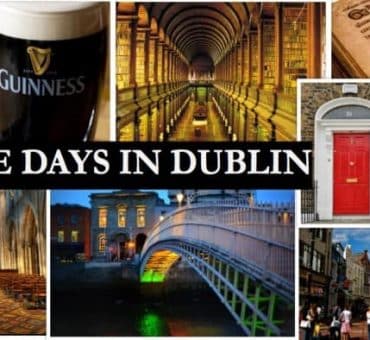 carmensluxurytravel
•
Follow
Have you ever dreamed of escaping to a private luxury island with your loved one?🏝🥰 This dream comes true at @littlepalmisland! With spectacular attention to detail, carefully-designed bungalows and absolute privacy, this luxurious resort on the Florida Keys coastline is the perfect location for a romantic getaway. A special dinner at sunset with an ocean view can't get any better than this!  . . . . . . . #visitflorida #visitfl #floridalife #luxurytravel #luxurytraveler #paradisefound #beautifuldestinations #wonderful_places #postcardplaces #travelcaptures #oceanview #wonderful_places #flashesofdelight #pursuepretty #IAmATraveler #floridakeys #littlepalmisland #resortlife #luxuryhotel #luxuryliving #luxuryresort #nobelhousehotels #existtoexplore #wheretogonext #prettylittletrips #staycation #weekendgetaway #prettylittletrips #romanticgetaway #travelblogger
View on Instagram |
2/8

carmensluxurytravel
•
Follow
Is northern Spain on your bucket list? If not, add Galicia to it immediately! 😍 Staying at the chic and contemporary @noa_boutique_hotel is such a special experience, and not just because it’s perfectly situated along the water in Santa Cruz de Oleiros. I LOVED my modern and minimalistic suite with an open-space concept which offered the most stunning views of A Coruña Bay and Santa Cruz Castle. Waking up to that every morning was a dream. Congrats to them for recently receiving the award for “Best New Luxury Hotel Europe” from @worldluxuryhotelawards! . . . . . #españa #igersspain #spainiswonderful #spain_gallery #ig_spain #visitspain #spaintoday #spaintourism #spainlife #noaboutiquehotel #galicia #acoruña #santacruzdeoleiros #roomwithaview #hotelviews #luxuryhotel #boutiquehotel #hotelsuite #myviewrightnow #wonderful_places #beautifuldestinations #pursuepretty #prettylittletrips #luxurytraveler #luxurytravel #wheretogonext #travelblogger #travelcaptures #aroundtheworldpix #flashesofdelight
View on Instagram |
8/8
View on Instagram