Contents show
Tell me about the history of the Seven Stars Luxury Awards and why they’re important to the luxury hospitality industry?
Have the awards changed over the last few years? How?
How are nominees selected? What are the different awards?
What’s the process for comparing the nominees? Unlike the Oscars where everyone can watch the films from home, do all of your judges travel to visit each of the nominees?
Why was Bali picked for this year’s venue? When do you announce the site for 2016?
Do you have a personal favorite among the different awards that you give out?

Tell me about the history of the Seven Stars Luxury Awards and why they’re important to the luxury hospitality industry?

Khalil:  Seven Stars Luxury Hospitality awards were started with the aim of providing the hospitality and lifestyle industry with a way to truly differentiate the most exceptional products from the rest. There are so many awards for hospitality and all of them have pretty much the same formula. We wanted to be different. The main difference is our Luxury Panel. The Panel consists of very affluent, extremely well-travelled individuals that are all active either within the lifestyle sector or the hospitality sector. They are the “judges” which select the nominations for the awards and that accept the “self nominations” from properties around the world… or reject them. Our biggest sector is of course the luxury hospitality sector which covers hotels, resorts, airlines, spas etc. However, we also award luxury products such as jewelry, fashion, haute horlogerie, and more. Basically everything related to luxury lifestyle. Also, the amount of winners we can have is capped thanks to our formula: each country in each sector needs a minimum of 3 nominations to be present. If there are 7 nominees or under, there will be only one winner. If there are 8 nominees in a particular sector in a country that means we can award a maximum of 3. This makes us different from the other awards as really, we are NOT a travel award. We are a Luxury Hospitality and Lifestyle Award designed to identify and to separate the exceptional from the very best.

Have the awards changed over the last few years? How?

Khalil:   The way that we operate has not changed. What has changed is our Luxury Panel. It is consistently getting better and better and of course higher profile as well. We will add only another 6 panel members to the current total. This could take years as we look for specific people to fill certain criteria for particular industries.

How are nominees selected? What are the different awards?

Khalil:  The nominees are selected by members of the Luxury Panel. Once the nominee is selected, they are placed online under their respective country together with a  minimum of 2 other nominees. Once the voting opens, which is open to both the trade and the public, we inform the nominee via email and provide them with a nomination crest that they can use in order to inform everyone that they have officially been nominated. The other way to become a nominee is by a process of self-nomination.  This means that they would have to fill out the online form with a detailed description and message, website and contact details and send it to us. Once this is sent, it will be subject to approval by the members of the panel.  A minimum of 2 panel members must agree to the nomination for it to be approved. Normally, over half of the panel approves a single nomination if it is deemed of the correct calibre whilst if rejected, it is normally unanimous.

As far as different awards, we don’t work in that manner. Every winner receives the same award which is called SIGNUM VIRTUTIS, the seal of excellence. Therefore, the hotel or resort will receive the seal of excellence for the respective sector and so on.  We do not believe in categories such as “the best family hotel” as we are of the opinion that they are detrimental. The reason being is that, as an example, if someone was travelling with their girlfriend or boyfriend they would specifically avoid a property categorised as a family resort. The resort in question would most probably be able to cater to their every need but because of the label, the business will most likely go elsewhere. We also do not believe in second and third place. This is detrimental to the winner that truly deserves the award. Rewarding one single aspect of a property does not make it a world-class property, it simply states they are excellent at one thing and that is not enough to win a Seven Stars Luxury Hospitality and Lifestyle Award. We believe in awarding all-round excellence according to sectors in order to truly benefit the winners as well as the nominees which were deemed of the correct calibre to compete for this award which is regarded as “The Oscars of Luxury “.

What’s the process for comparing the nominees? Unlike the Oscars where everyone can watch the films from home, do all of your judges travel to visit each of the nominees?

Why was Bali picked for this year’s venue? When do you announce the site for 2016?

Khalil:  Bali has developed tremendously since 2000. It has seen a massive rise in the development of luxury hotels, as well as 4-star hotels. Numerous international brands have opened up shop in Bali, also due to the positioning of the island. It is the perfect distance from Australasia and Asia. The development of luxury hotels reached such a level that at a certain point they believed that there was a surplus of rooms and that they couldn’t all be filled. However, the appeal of the island continues to rise, and the hotels are doing very well. It represents the ideal destination for our events. They have very high standard resorts with great service and fantastic facilities. They are very competitive as it is after all an island with limited space, and each property implements their own signature of luxury and attempts to outdo the other. It is always interesting for us to see who emerges victorious, and we are very proud to be able to reward these exceptional achievements especially when the competition level is set to such high standards as it is in Bali.

The 2016 event will be announced at the end of the 2015 Gala Ceremony on the 19th of September, however, our plan is to do 2 events next year so we are looking at a double announcement.

Do you have a personal favorite among the different awards that you give out?

Khalil:  I enjoy seeing every sector awarded because they truly represent the pinnacle in luxury hospitality and lifestyle. While I do of course have my personal favorite properties, I would not mention them because it would not be fair to the other nominees and/or winners. Our Special awards are always exciting. These awards are not voted for, they are selected directly by the Seven Stars Luxury Hospitality and Lifestyle Awards organization after having meticulously studied them. They do not appear on the website during the voting process. They are placed online the night of the event as winners. At the 2015 Ceremony, we will have some very interesting and high-profile winners in the “Special Award” sector.

Voting for the 2015 Seven Stars Luxury Hospitality and Lifestyle Awards was done online www.sevenstaraward.com and ended on June 15, 2015.   I’m excited to see who wins the awards this year in Bali.

Suite Class on Royal Caribbean – Oasis of The Seas

Casa Majani, Mexico: An Unparalleled Paradise in the Riviera Nayarit 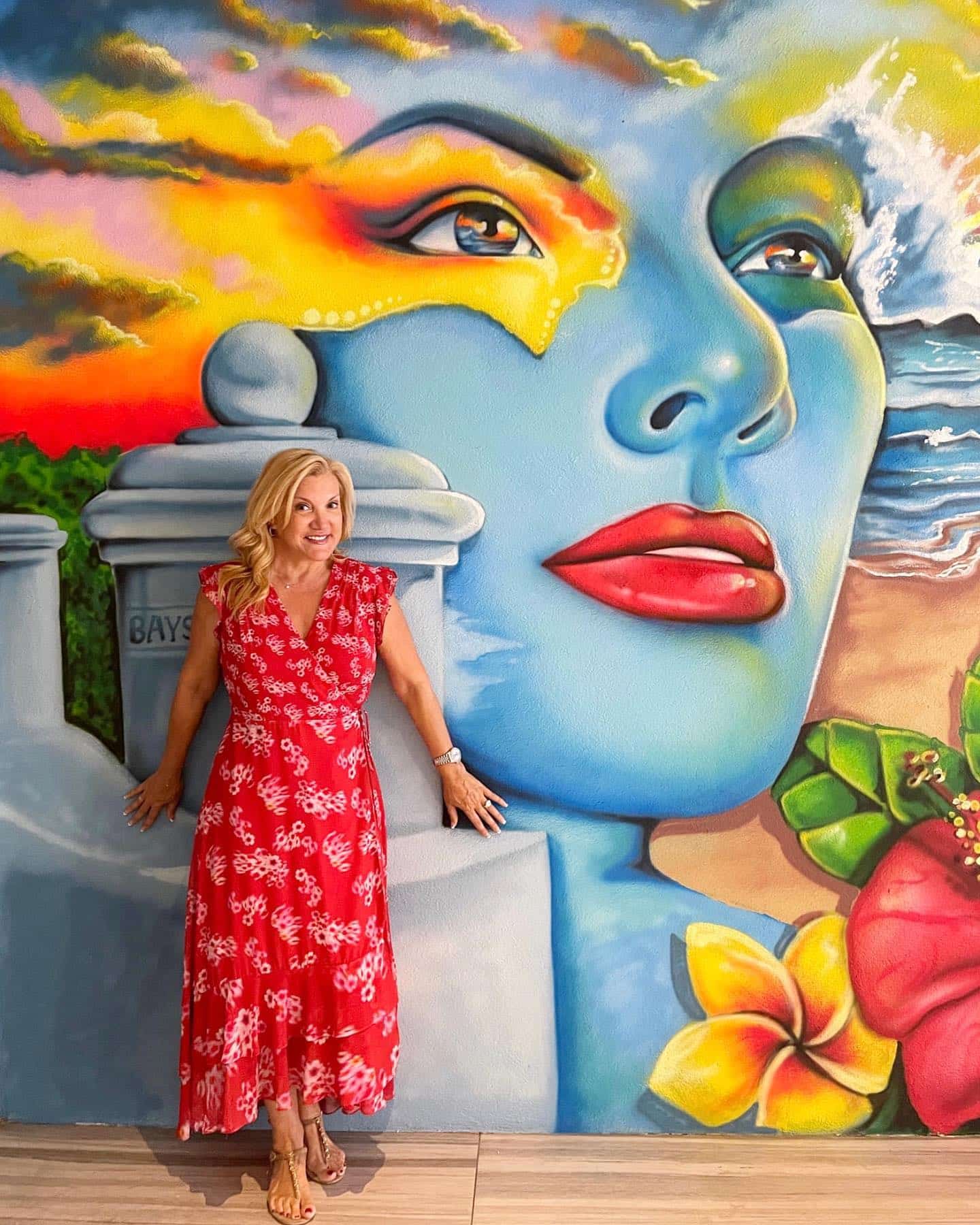 carmensluxurytravel
•
Follow
*GIVEAWAY* This week we are celebrating 9 years of the Carmen’s Luxury Travel website! 🎉🎉🎉 I appreciate each and every one of you for following along on all my luxury travel adventures around the world. Here’s to many more years of five-star experiences in exciting destinations! To show my appreciation, I’m giving away Apple Air Tags & my favorite packing cubes set. *CLICK* the link in my bio to enter and comment on my article telling me your favorite travel item you never leave behind. I’ll pick a winner on Sunday - open to U.S. residents only. . . . . . #visitlauderdale #everyoneunderthesun #visitflorida #visitfortlauderdale #visitfl #hellosunny #floridalife #luxurytravel #luxurytraveler #paradisefound #beautifuldestinations #beautifulplaces #postcardplaces #visualcrush #oceanview #wonderful_places #flashesofdelight #pursuepretty #happycolors #travelgiveaway #muralart #muralsofinstagram #muralartist #muralpainting #streetartworldwide #luxuryhotel #travelblogger #shetravels #giveawayusa #bloganniversary
View on Instagram |
1/8

carmensluxurytravel
•
Follow
*WATCH MY STORIES* today for a special giveaway to celebrate 9 years of Carmen’s Luxury Travel! 🎉🎉🎉 Now that kids are starting to go back to school, fall will be here before we know it! Is this your favorite season? 🍃🍁 My two favorite parts of the world to enjoy fall foliage are New England (any of the 6 states!) and Scotland. Both offer incredible landscapes, colors, and charm. And if you’re ever in the Berkshires, be sure to visit the historic @redlioninn, an iconic place to stay in Massachusetts with a delicious restaurant and tavern. . . . . . #falldecor #endofsummer #fallcolors #fallfoliage #fallseason #falliscoming #autumniscoming #falldecorations #autumnaesthetic #autumnleaves #newenglandliving #newenglandlife #newenglandhistory #newenglandfall #visitnew_england #visittheberkshires #tasteberkshires #intheberkshires #redlioninn #historicnewengland #foliagelove #beautifuldestinations #wonderful_places #prettylittletrips #stockbridgema #giveawayalert #luxurytraveler #luxurytravel #wheretogonext #travelgiveaway
View on Instagram |
2/8 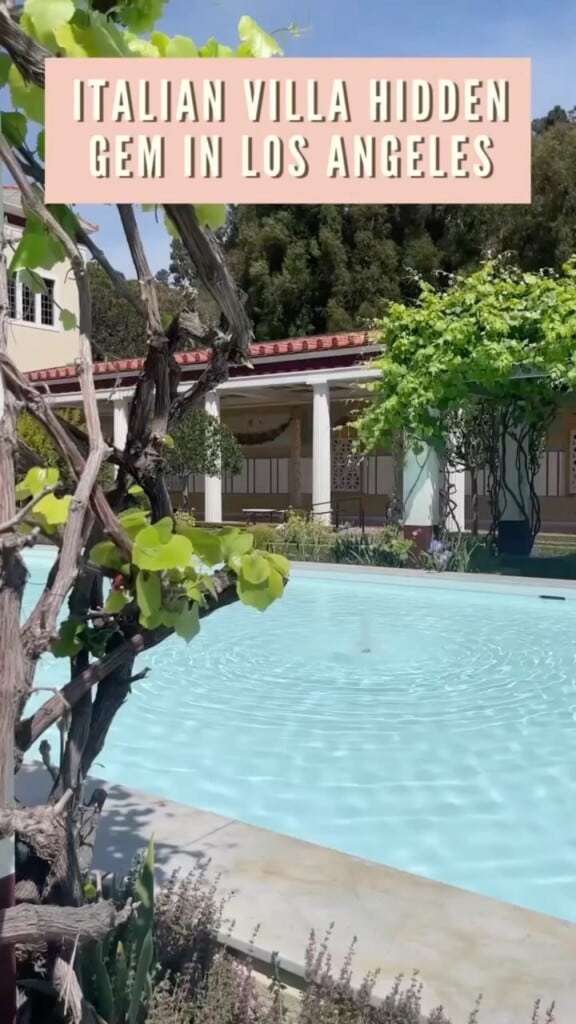 carmensluxurytravel
•
Follow
One of my *favorite* hotels in Los Angeles is a beachfront @preferredhotels property: @hotelcasadelmar ✨ You can check out my blog for the full review from last year, but today I want to highlight their hidden gem restaurant - Terraza. Their popular seafood restaurant Catch was closed at the time (open now!), so we ate at Terraza for dinner which ended up blowing us away. Not only are the interiors gorgeous, but you also have great ocean views of Santa Monica, plus fabulous service. We enjoyed everything: cocktails, charcuterie board (with some of the best bread I’ve ever had), sushi appetizer, a standout sea bass entree, and a couple of deliciously warm desserts. 10/10, highly recommend saving this post for your next trip to LA! . . . . . #preferredhotels #thepreferredlife #southerncalifornia #santamonica #santamonicabeach #californiadreaming #lagrammers #losangelesgrammers #discoverla #visitcalifornia #losangelesbloggers #luxuryhotel #luxurytravel #fivestarhotel #beachfronthotel #beachfrontproperty #wheretogonext #luxurytraveler #travelblogger #flashesofdelight #amazingarchitecture #restaurantgoals #amazinginteriors #hiddengems #losangelesdining #dinela #wheretoeat #finediningla #upscalerestaurant
View on Instagram |
5/8

carmensluxurytravel
•
Follow
A garden stroll and afternoon tea… now that’s how I like to spend a summer afternoon! 🌿🫖 The Getty Villa in Pacific Palisades (Malibu coast) is one of my favorite places to visit in Los Angeles. It sits high above the ocean and offers a tranquil oasis from the busy city. Their special ***afternoon tea*** service is only offered on Thursdays and Saturdays, and reservations are required. It’s absolutely delicious and Mediterranean inspired. The galleries house impressive Greek & Roman antiquities but the grounds are where I usually spend all my time. It’s modeled after an ancient Roman villa and it really transports you. . . . . . #californiadreaming #visitcalifornia #calilifestyle #californiacaptures #californiathroughmylens #californialove #californialiving #lagrammers #losangelesgrammers #discoverla #losangelesbloggers #gettyvilla #hiddengem #gettymuseum #happycolors #afternoontea #teabythesea #gardengoals #poolgoals #romanvilla #italianvilla #amazingarchitecture #charmingplaces #museumsoftheworld #discoverla #visitcalifornia #visittheusa #unitedstories #malibucalifornia #pacificpalisades
View on Instagram |
6/8