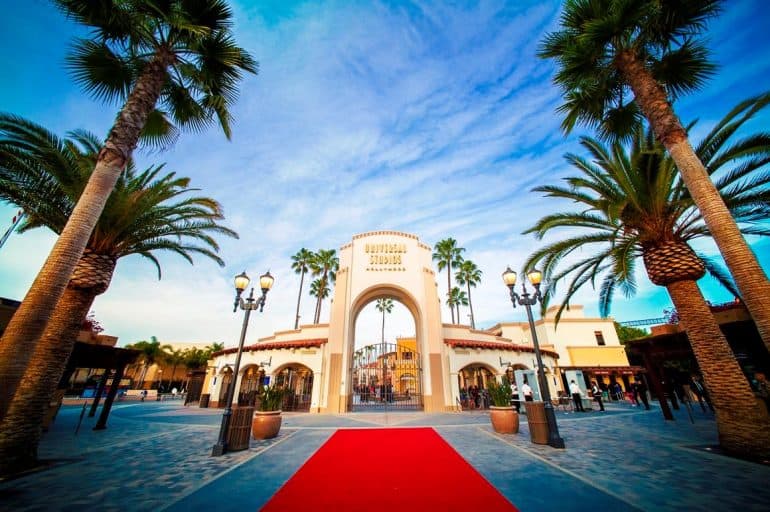 There is so much to see and do when visiting Los Angeles, it is almost hard to choose. However, it is impossible to think of the City of Angels without thinking about Hollywood, glamour, movie stars, and all the exciting productions that are created here. For those who share a love of film and television, whether you’re young or old, visiting Universal Studios Hollywood should be high on your list! This incredible movie and television-based theme park offers guests the authenticity of a working movie studio. It is called “The Entertainment Capital of L.A.” and rightfully so! Within its gates, you’ll discover a rich heritage of movies past and all the stars and excitement of today’s Hollywood truly comes alive.

Popular theme parks such as Universal Studios Hollywood can draw big crowds, especially if you visit in the summer season when schools are out. The last thing I want to do is spend my precious vacation time waiting in long lines under the beating sun, so when there are special ticket options available – I jump towards them! 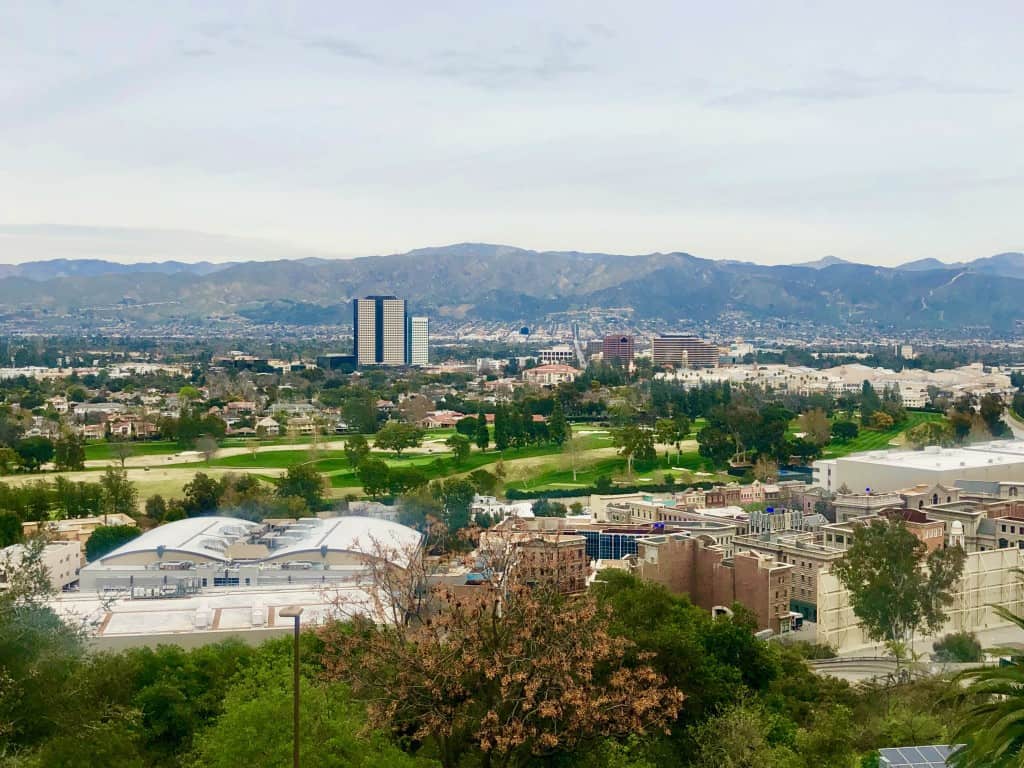 Universal Studios Hollywood is unique and offers several different ticket options. From California resident discount tickets starting at $99 to an exclusive VIP Experience starting at $349, you and your family are sure to find something that best fits your vacation budget and needs. I chose the Universal Express ticket which starts at $179 and gave me everything I was looking for. The Universal Express pass grants guests one-time express access to each ride, attraction, and seated show. This meant that I did not have to wait in any long lines, and I was able to enjoy everything there is to see in the park all in one day. If you are someone who enjoys riding the same rides several times, you can easily upgrade to a Universal Express Unlimited ticket for $30 more which gives you unlimited front-of-the-line access.

One special thing I discovered while browsing the ticket options on Universal’s website was their Early Park Admission. This means that if you book directly through their website (whether you’re buying the cheapest ticket option, or the most expensive), you can enjoy 30 extra minutes in The Wizarding World of Harry Potter before it is officially open to everyone else. This was absolutely incredible to experience! 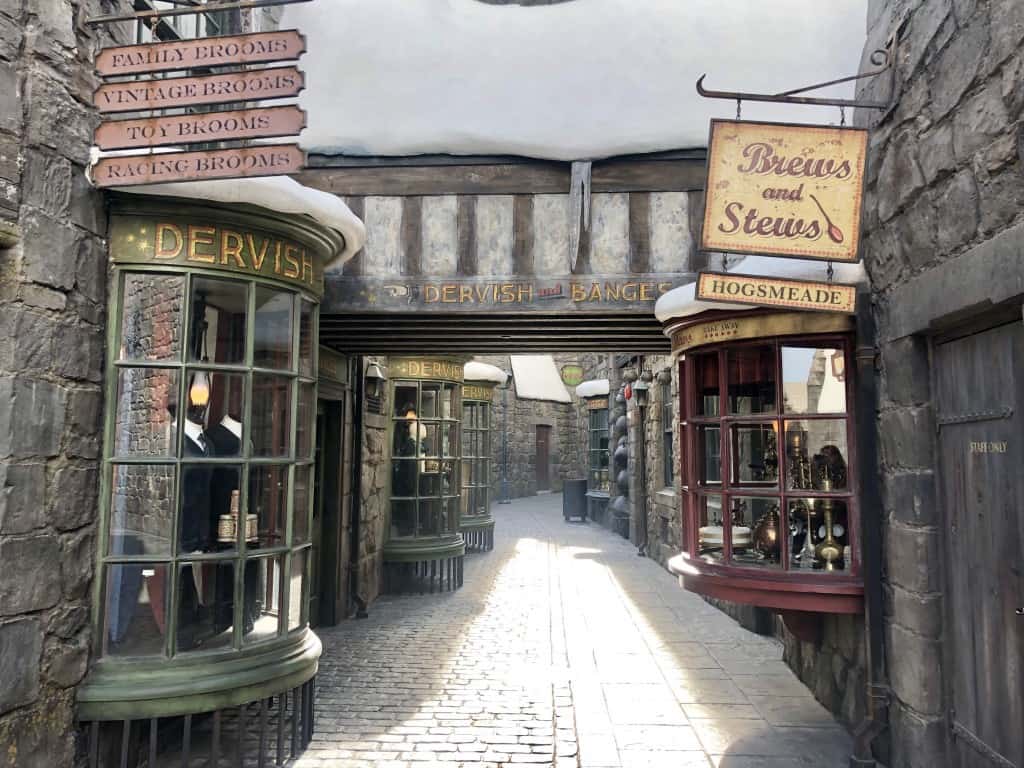 The Wizarding World of Harry Potter is definitely the post popular land inside the park, and for good reason. For those who are fans of the Harry Potter books and movies, you can be magically transported to Hogwarts Castle and the charming village of Hogsmeade. The land is absolutely faithful to the visual landscape of the fiction and films. I was blown way by every little detail, including all the rooms in the castle, employee costumes, exterior and interior of the shops, food, and so much more. Being able to walk through this magical land 30 minutes earlier in the morning before most other guests was an amazing opportunity, as it remains quite busy throughout the day. 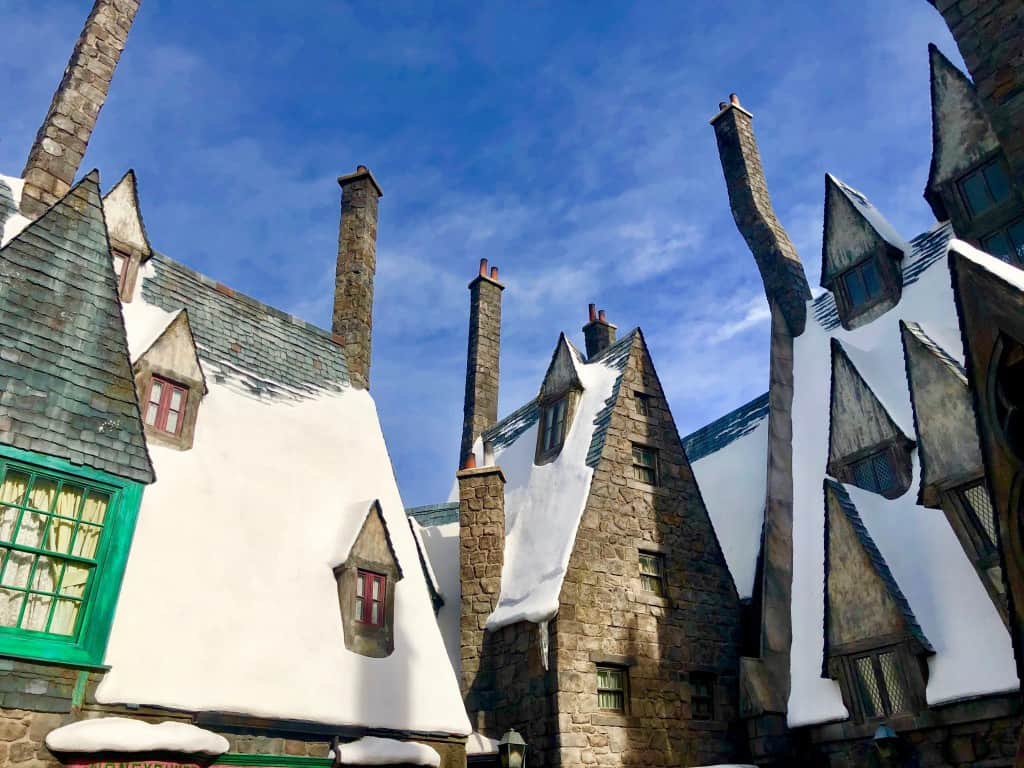 So if you’re looking for that perfect Instagram shot or simply want to enjoy a peaceful walk through the castle, I highly recommend booking direct with Universal Studios and getting there early! From its snow-capped roofs and cobblestone streets, to the historic British sensibilities that characterize the whimsical look and feel of the land, The Wizarding World of Harry Potter easily transports guests of all ages to the very places they read about in the stories or watched on the silver screen. If you’re there early, head straight to the Ollivander’s experience to choose your wand, then take a ride on Harry Potter and the Forbidden Journey or Flight of the Hippogriff, and end your time dining at the Three Broomsticks restaurant where you can wash down some English food with a deliciously frozen Butterbeer. Take at least two hours to fully immersive yourself in this whimsical world. 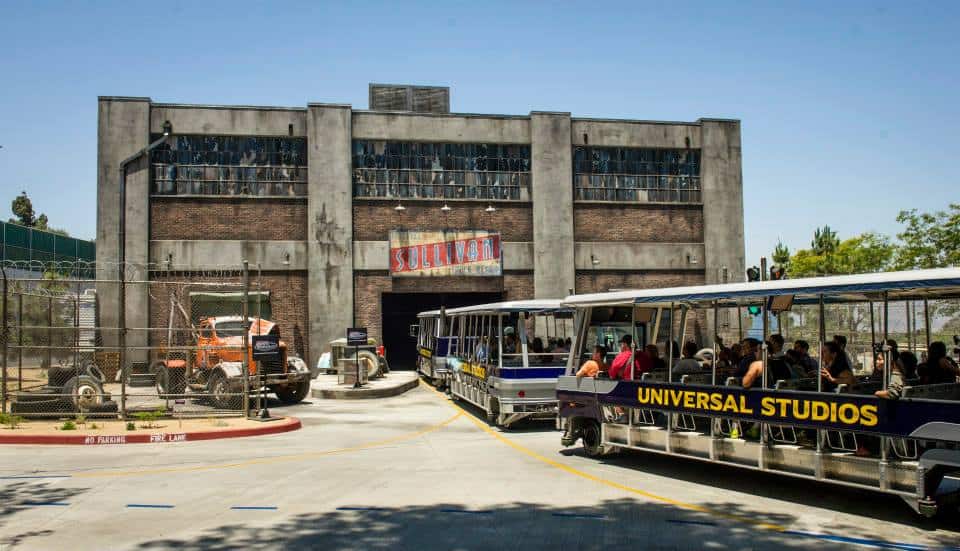 While there are several rides to enjoy such as The Simpsons Ride, Despicable Me Minion Mayhem, Jurassic World Ride (coming later in 2019), Revenge of the Mummy and more, a visit to Universal Studios Hollywood isn’t complete without visiting, well, the studios! The Studio Tour is an epic behind-the-scenes tram ride that has taken more than 150 million visitors into where the scenes of movie and television’s biggest hits are filmed. This ride is almost an hour long and is truly worth every minute of your time. You get to enjoy seeing backlot sets with working soundstage, movie facades, recreated streets of the world, all while listening to live narration provided by Universal Studio Hollywood’s tour guides. There are three fun rides within this ride, which can best be described as special effect attractions, including “Earthquake – The Big One”, King Kong 360 3-D, and Fast & Furious – Supercharged. I won’t spoil the details of those for you, you’ll just have to experience them for yourself! 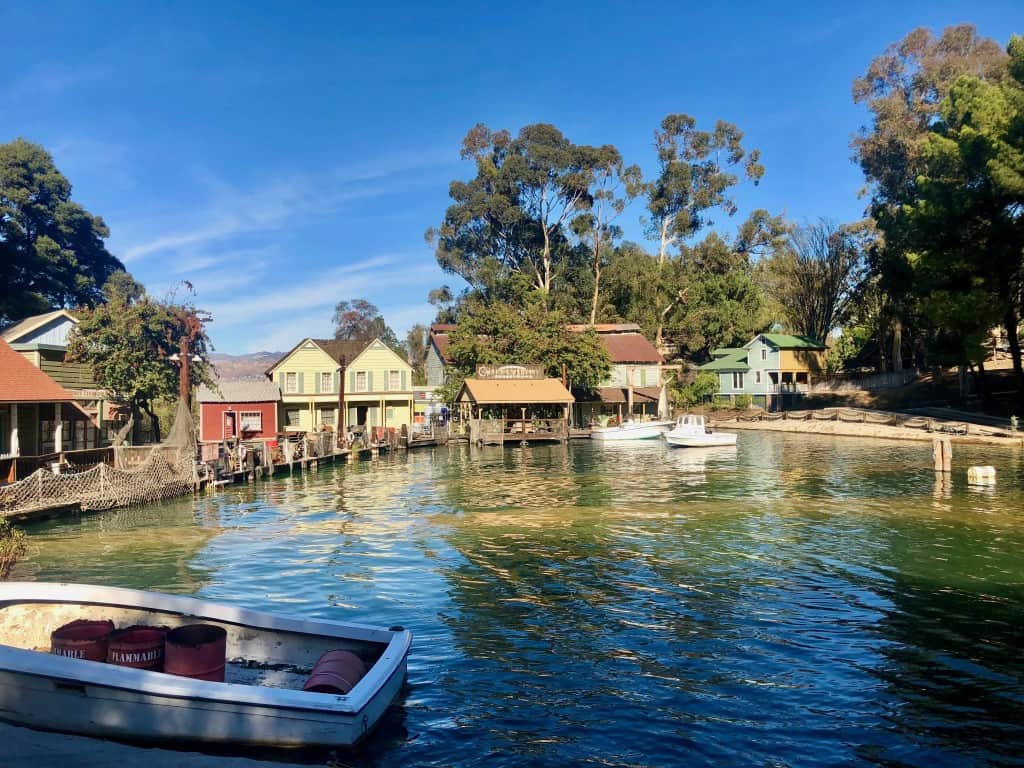 Along with being able to skip the lines, I absolutely loved gaining VIP seating to the shows offered in the park. If you only have time to see one, I highly recommend you see WaterWorld – A Live Sea War Spectacular. The set transforms into the eerie-futuristic, mist-shrouded netherworld and represents the most complex combination of high-tech special effects, pyrotechnics, flame and human stunt work ever attempted anywhere in the world! Some highlights include giant fireballs, a seaplane, explosives, suspensive acting, and hilarious splash zones for the audience. Being able to get seated before everyone else, thanks to the Universal Express ticket, allows you to choose seats in the very center where you can see all the action take place perfectly. 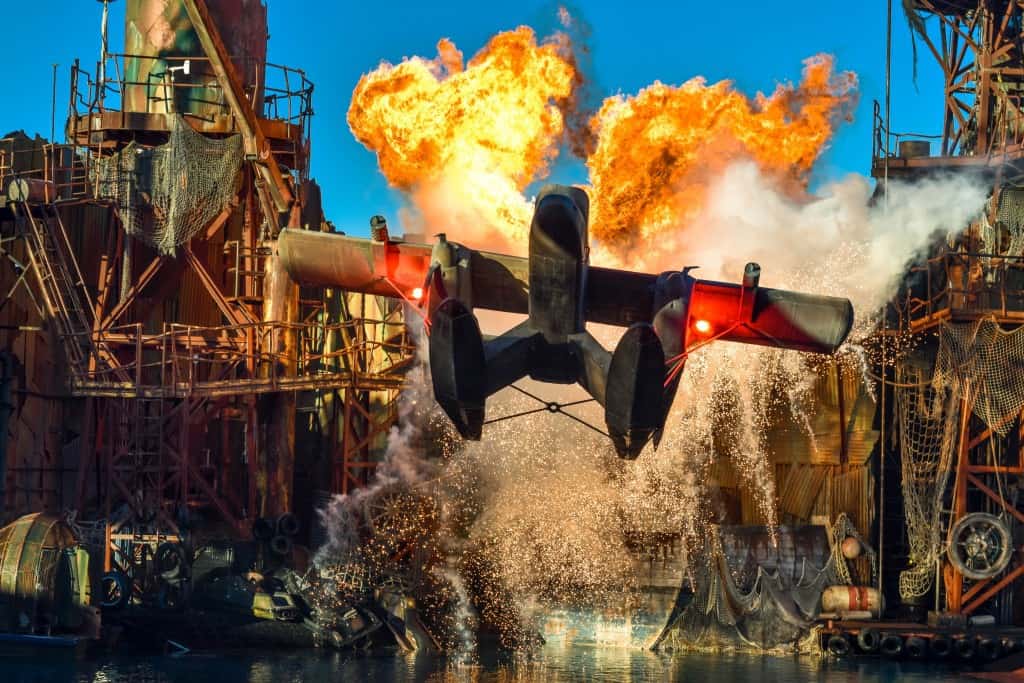 People of all ages can enjoy this theme park, and I highly recommend booking a Universal Express ticket in order to make the most out of your time and money! From touring a 415-acre movie studio complex, to the creative lands, and impressive shows, visiting Universal Studios Hollywood gives people the chance of a lifetime to be completely immersed in the glamour and excitement of Hollywood.

Disclaimer: I was kindly given two Universal Express passes, but all opinions are entirely my own. 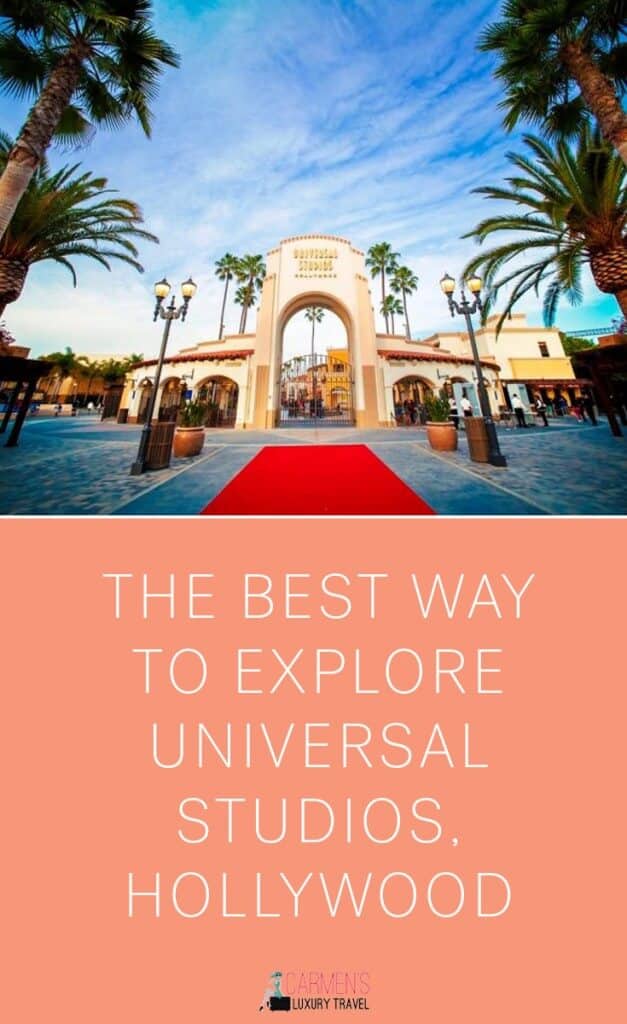 Why You Should Travel The World When You Retire

How Your Appearance Impacts Your Travel Experience

The History of Missoni

Experience a Luxury Glamping Resort in Montana: Paws Up Review 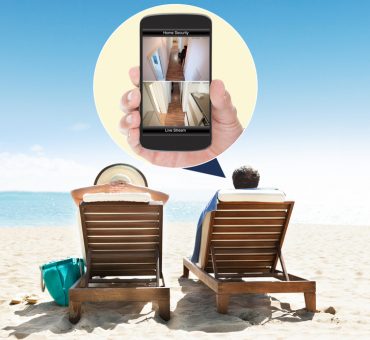 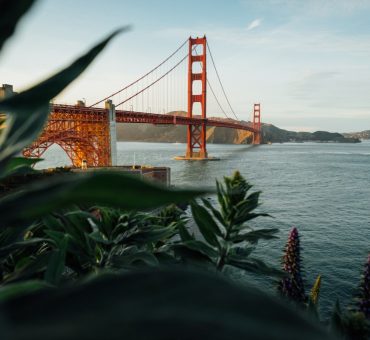 Who else loves cruises?🛳 We are cruising from