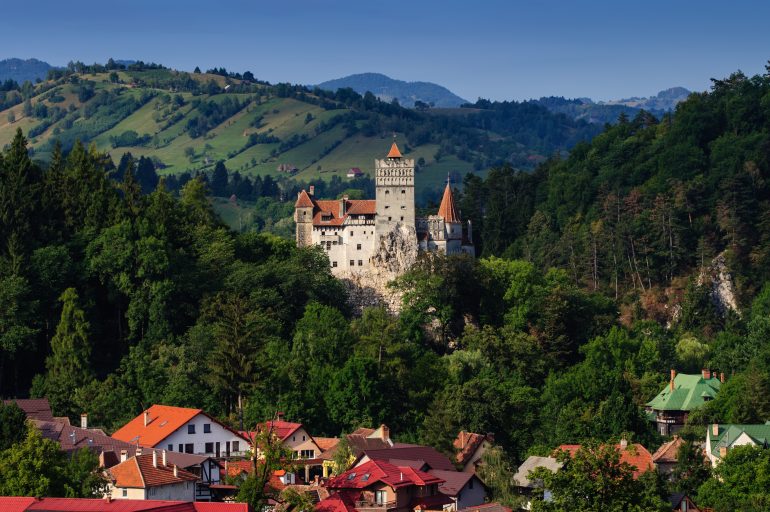 Last month, I had the pleasure of joining a great group of bloggers to #ExperienceBucharest. This was my first time in Romania and I absolutely loved every minute. We were lucky to not only get to know the beautiful city of Bucharest, but to also explore a good amount of Romania as well. A highlight for me was a full day tour outside the city with Authentic Romania.

Me and six other bloggers boarded a comfortable mini-van at 8:00 AM and set off on our Dracula Castle Tour for the day! Private hotel pick-up was included which is very convenient. This is a feature every customer gets to enjoy if you book with Authentic Romania. Our tour guide and owner of the company was Alina; her knowledge and passion for Romania was outstanding. We were in very good hands!

It was a very scenic drive through the Bucegi Mountains and Prahova Valley, one of the most beautiful mountains regions in the country. This region was very loved by the Romanian royal family, which is why they decided to build a summer residence here in Sinaia. This was our first stop on the tour, and before heading to the palace, we stopped to admire the Sinaia Casino and its grounds. This was built in the early 20th century by the orders of King Carol I.

We also visited the Sinaia Monastery which was the first building to be founded in the once forest covered area.  Dating back to 1690, the initial plan was to for the monastery to hold 12 monks, to imitate the Twelve Apostles; and nowadays it’s occupied by 13 Christian Orthodox Monks.  It is very beautiful inside and out, I especially loved the detailed pillars and windows with fascinating carvings.

Peleș Castle was next on the agenda and it was absolutely marvelous. It was built in the late 1800’s in a Neo-Renaissance and Bavarian style. It is an impressive castle with over 150 rooms which are lavishly decorated. You wi’ll discover some of the greatest examples of European art, stained-glass windows, leather-covered walls, and stunning crystal chandeliers. The castle dates back to the 1800’s but there’s thousands of European and Asian pieces that date back from the 15th to 19th centuries. It has everything from a movie theater to a concert hall! Peleș Castle looks like it jumped out of the pages of a fairytale; it is certainly a place every tourist in Romania should experience. 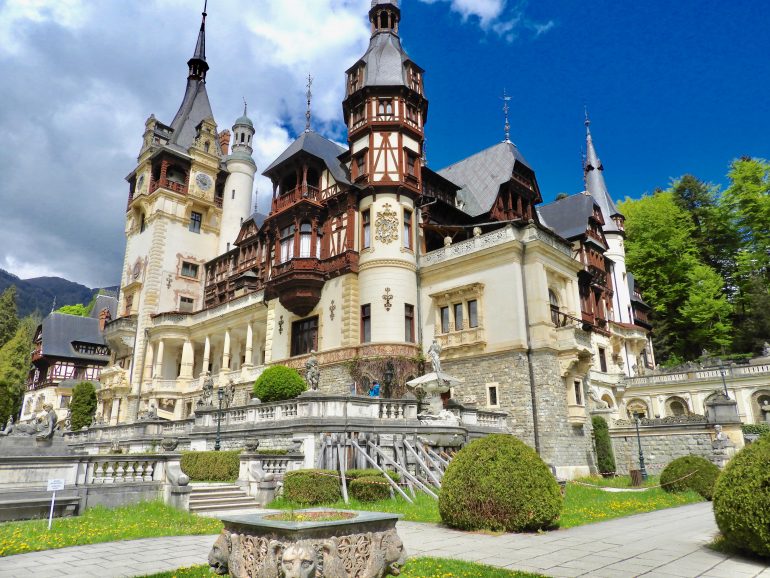 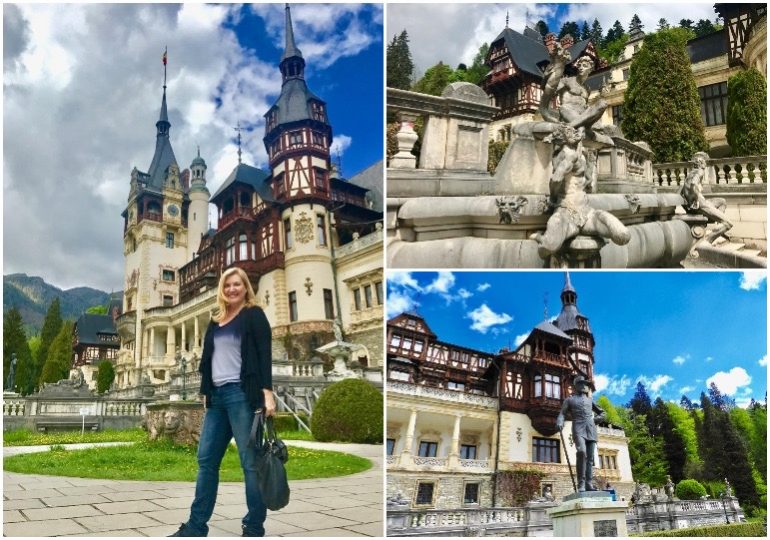 Afterwards, we stopped for lunch and had an hour to walk around the charming medieval town of Brașov. It lies right at the feet of the mountains which only adds to this picturesque place. The city was built by the Saxons and was remarkably preserved throughout time.

When in Brașov, I’d highly recommend visiting The Black Church – Romania’s biggest Gothic church! The church was originally named Saint Mary’s Church. But in 1689, a great fire destroyed the interior and damaged the walls and the roof. After the renovation, the edifice was named the Black Church, mostly because of the exterior walls and roof were blackened from the fire.

From there we went to Bran Castle which is known throughout the world as Dracula’s Castle! It earned this nickname because it is the only castle in Transylvania that fits author Bram Stoker’s description of Dracula’s Castle in his famous Gothic novel. This ancient castle dates back to the 1200’s and is surrounded by mysteries, legends, and fascinating history which I enjoyed learning all about from our guide Alina.  The Wallachian ruler Vlad Țepeș, otherwise known as Vlad the Impaler, passed through Bran several times in the 1400’s.  He is known as the true, or real-life Dracula since he impaled over 20,000 people in his lifetime.

Bran Castle was completed in 1382, in record time, and its purpose was to defend Transylvania’s border and it continued to defend against the Ottoman Empire in the 1400’s. The last queen consort of Romania, Queen Marie, was very fond of Bran Castle and was gifted it in 1920 by the town of Brasov. Her daughter, Princess Ileana, inherited it soon after but in 1948, it was taken over by the communists and eventually made into a museum.

Bran Castle sits perfectly on a cliff that’s about 2,500 feet high! It is surrounded by gorgeous valleys and hills. The views both of the castle and from the castle left me awestruck and made me realize how many beautiful gems there are to explore in Romania. Some of the best souvenir shopping can be done right outside of the castle where you’ll find several local vendors.

The Dracula Castle Tour is the perfect day trip if you’re staying in Bucharest. Big thanks to #ExperienceBucharest and Authentic Romania for being our wonderful hosts and guides. I encourage everyone to visit Romania and see all of the amazing sights it has to offer! 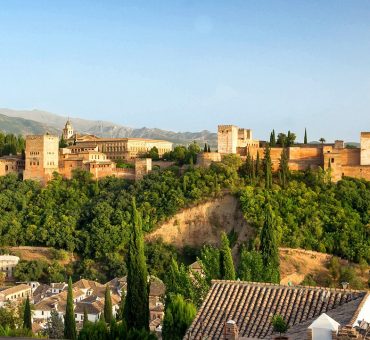 Top Things to Do in Granada, Spain: A Guided Tour Experience