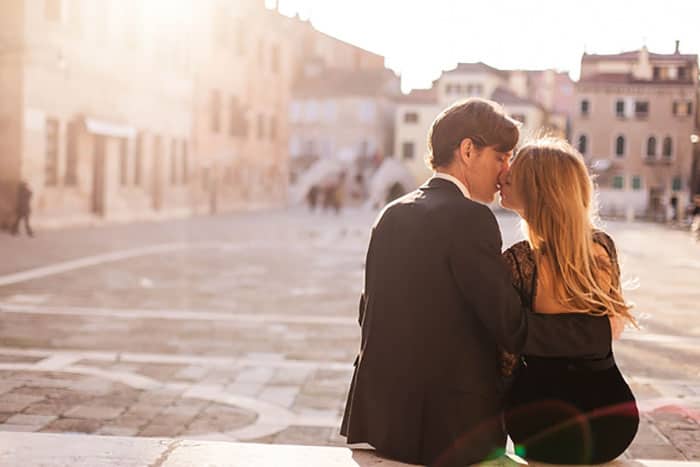 While I’m sure that there’s plenty of romance that happens at home, there are ten cities around the world known for their romantic inspiration.  Be it a gorgeous cityscape, an overflow of culture, or pastries that make your heart sing, the world’s most romantic cities offer plenty to inspire love, whether you’ve hoping you found the match, trying to fan the flames of a relationship, or are merely looking to let some sparks fly. 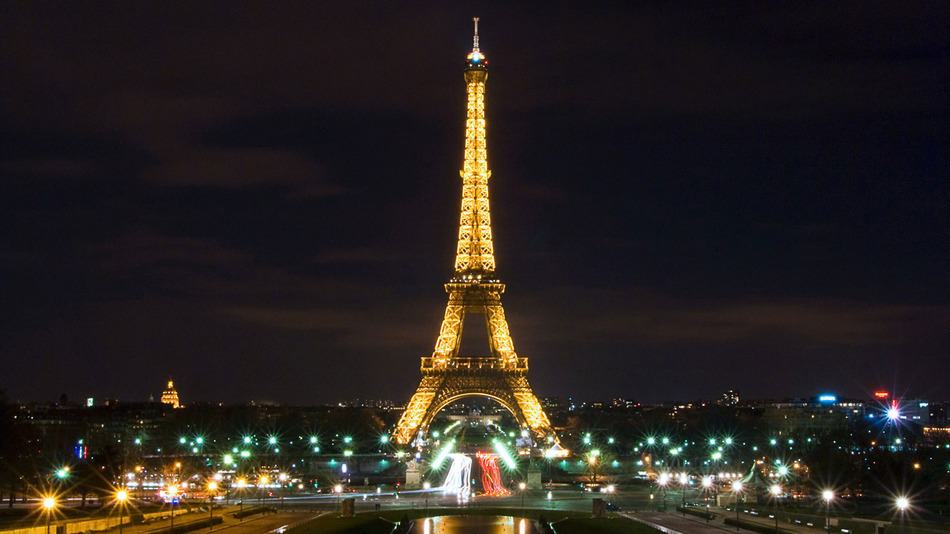 We have all imagined or even experienced a night in this city of romance. Whether it’s enjoying the atmosphere of Montmartre, the joy of walking along the Seine or the amazement of watching the sunset from atop the Eiffel Tower, there is no doubt that Paris is one of the most sought-after travel destinations in Europe and the World. 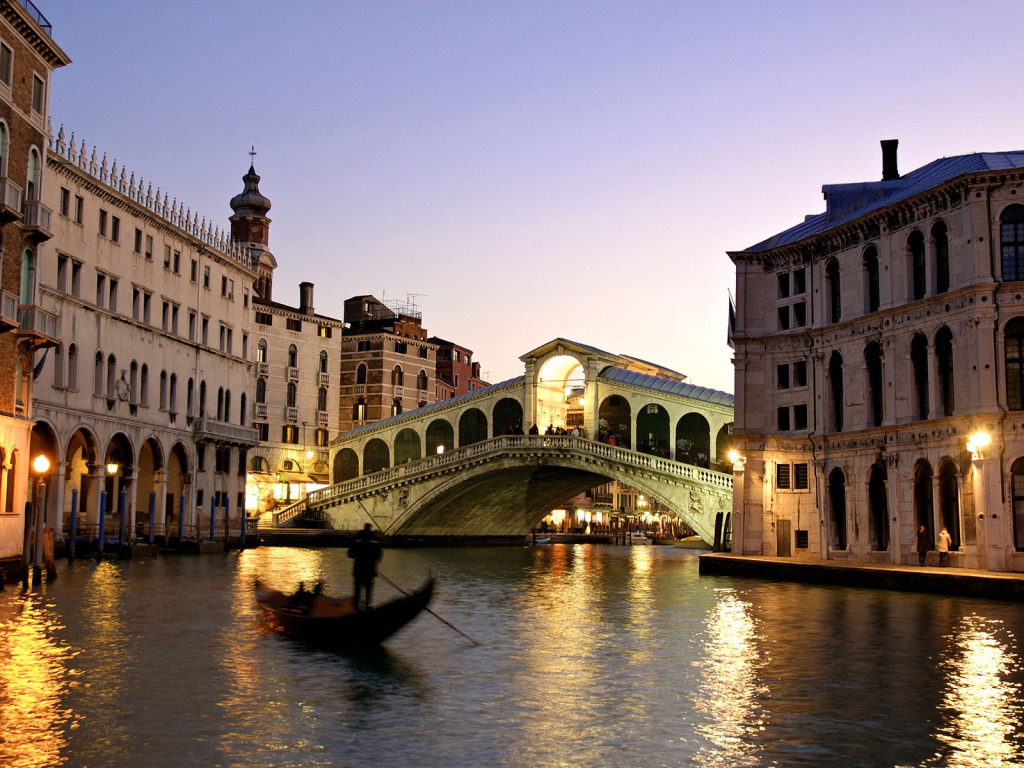 Venice, the City of Water, rises toward the top of the World’s Best Cities when it comes to love—and it’s easy to see why. Its hidden bridges, cobblestoned alleyways, and iconic canals are perfect for getting lost in with a partner. Stroll the palaces and piazzas, explore the ancient architecture, and while away the day in chic boutiques, art galleries, and canal-side cafés. 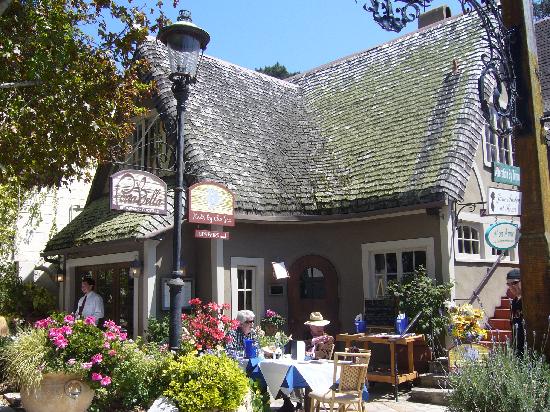 You don’t have to travel beyond North America to find that perfect romantic getaway. California’s quaint seaside village of Carmel might be the ideal setting for romance, with storybook cottages, sheep meadows, and rugged coastal views. This quaint seaside village is on one of northern California’s most spectacular swaths of sand. Amble along the cypress-fringed path overlooking the rugged coast or cuddle on a bench and gaze out on the Pacific. Wine-tasting in nearby Carmel Valley, Pebble Beach’s scenic 17-mile drive, and the redwood-laden road to Big Sur only heighten the romance factor. 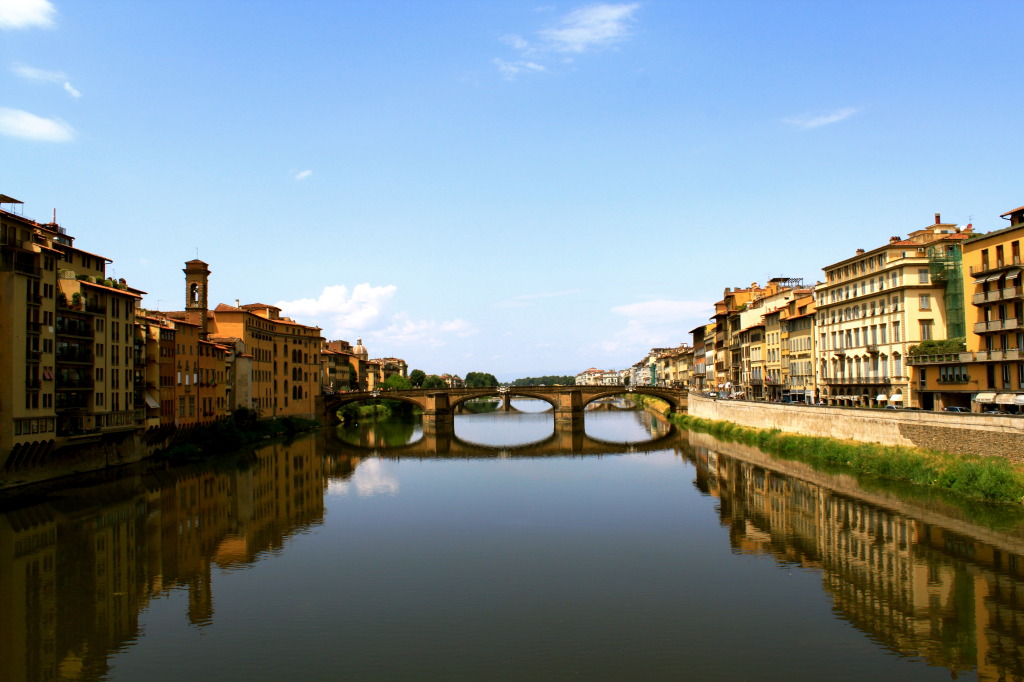 With its red-roofed buildings along the Arno backdropped by rolling hills, it’s no wonder this Renaissance city leaves visitors love-struck. Art lovers fall for Florence’s classic architecture and masterful Michelangelos, while foodies adore the authentic Tuscan cuisine and stone’s-throw jaunts to the Chianti countryside. 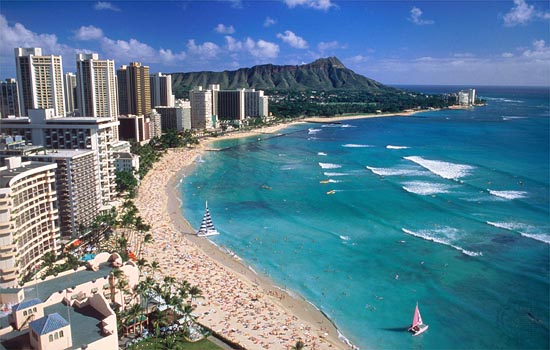 This tropical paradise with its perfect cosmopolitan coast of miles of sandy stretches, dramatic cliffs, balmy weather, and a buzzing dining and nightlife scene. Couples can snorkel the calm shores of Hanauma Bay Beach; hike to the top of Diamond Head Crater for stellar sea and Waikiki views; then hit the town for a date night of Pacific Rim cuisine. 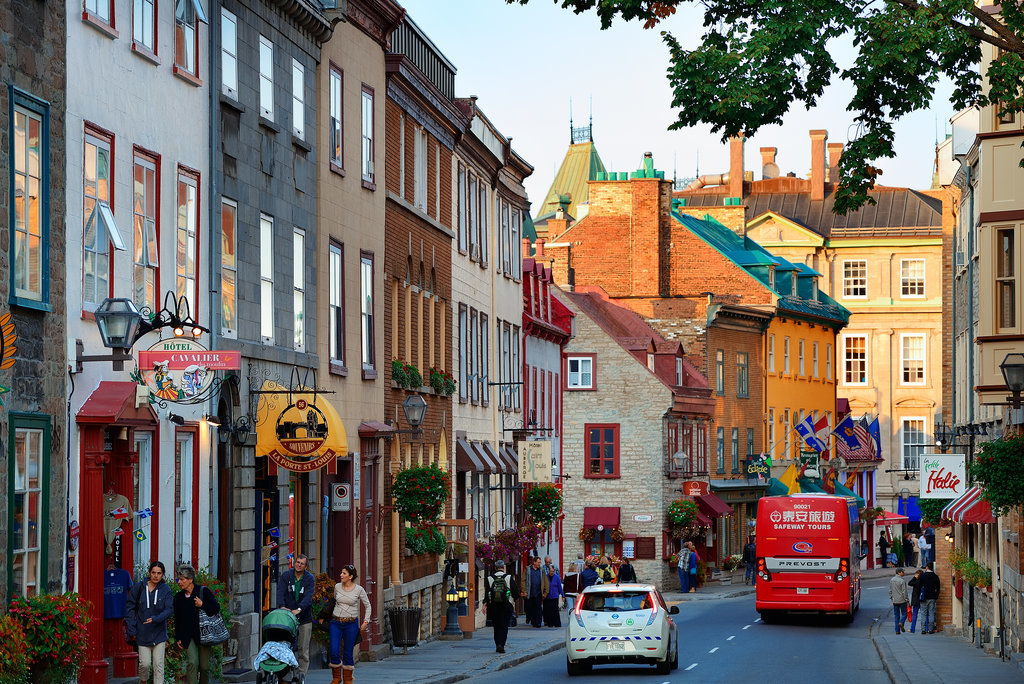 If you prefer cozying up by the fire at a sumptuous B&B, look no further than Quebec City, Canada, a city where historic ambience makes for memorable sense of place. Set on the banks of the Saint Lawrence River, Quebec may be one of the oldest cities in North America but the appeal of this French capital never gets old. Stroll the historic quarter’s narrow cobbled lanes, where centuries-old stone buildings house antique shops, museums, and sidewalk cafés in an almost fairy-tale European-like setting. 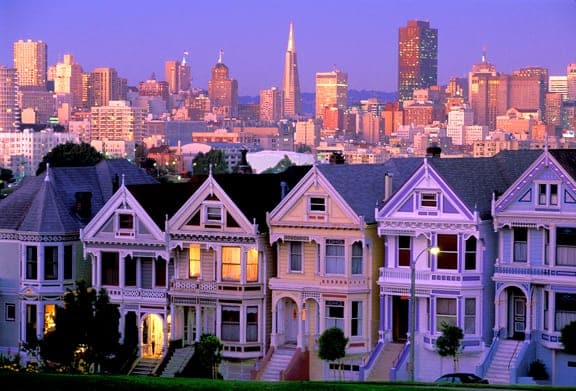 San Francisco with its trendsetting eateries are only one ingredient in the City by the Bay’s allure—as are Napa-Sonoma’s wine country an hour north. Couples with a penchant for kissable selfies have a multitude of worthy backdrops, from colorful Victorian row houses to Art Deco mansions, hilly bohemian-chic neighborhoods, and rugged natural vistas out over the (often fog-shrouded) bay. 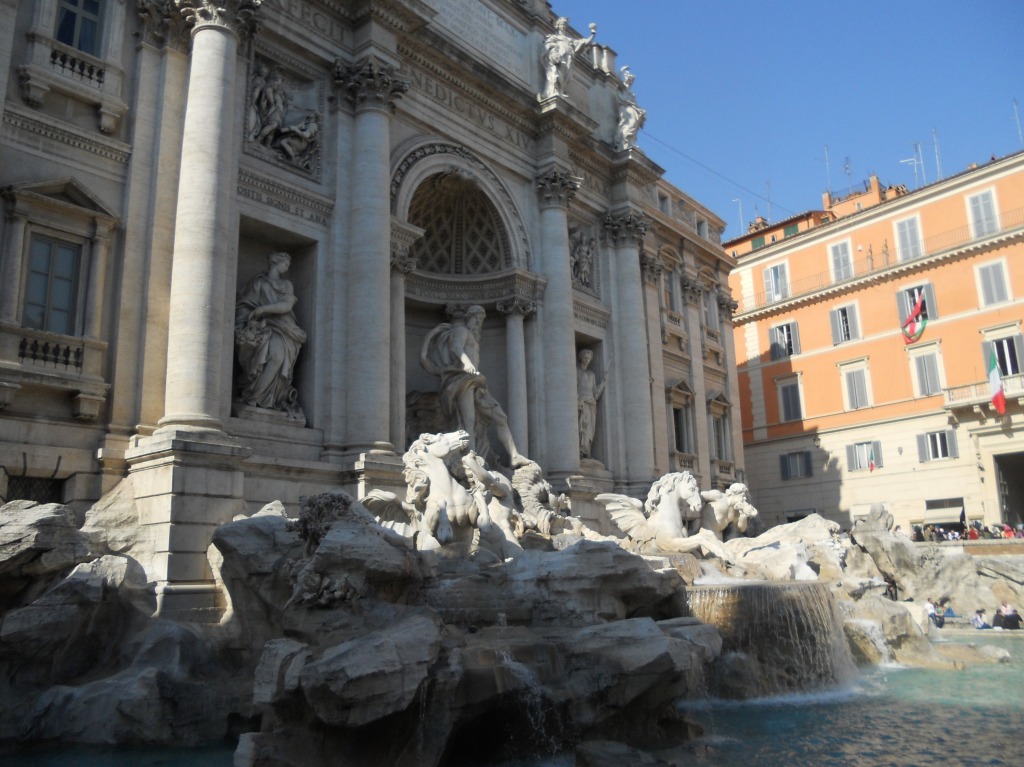 Romance is undeniably a part of Rome’s heritage—it’s not nicknamed the Eternal City for nothing— with its epic monuments, baroque churches, and medieval ruins vying with charming trattorias for your attention. Few pleasures come close to that of grabbing a table for two by a millennia-old fountain, sipping a cappuccino, and soaking it all in. 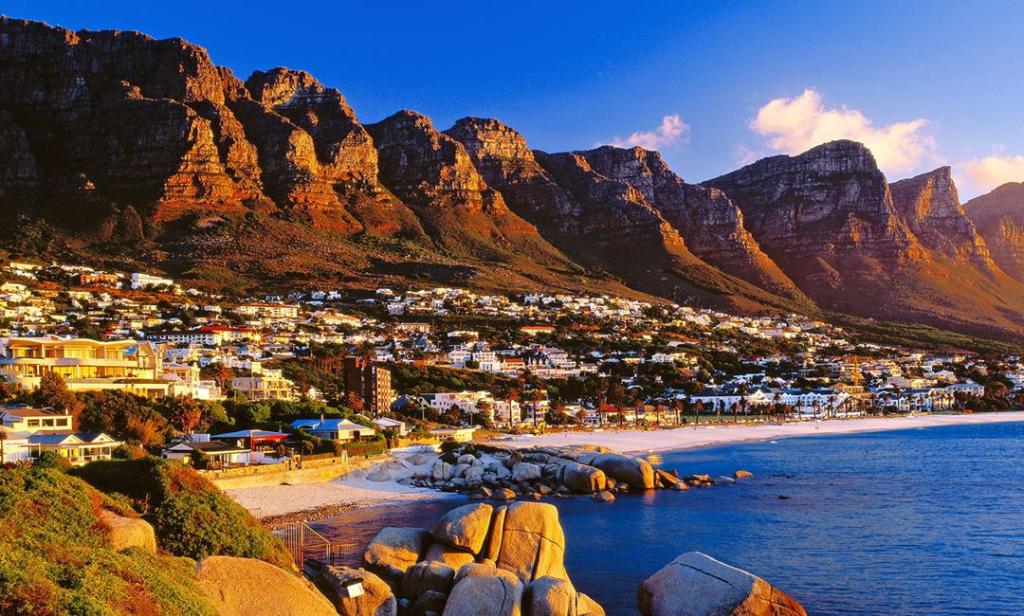 Framed by the dramatic Table Mountain ridge and breathtaking seascapes, Cape Town is arguably South Africa’s most beautiful city, where markets and colonial-era cottages meet the modern metropolis. You can wander the local art galleries or take a short drive through the rolling-hilled Winelands and get a flavor for the region’s burgeoning farm-to-table fare. Sun-seekers can also find a secluded spot on Camps Bay’s white-sand beaches. 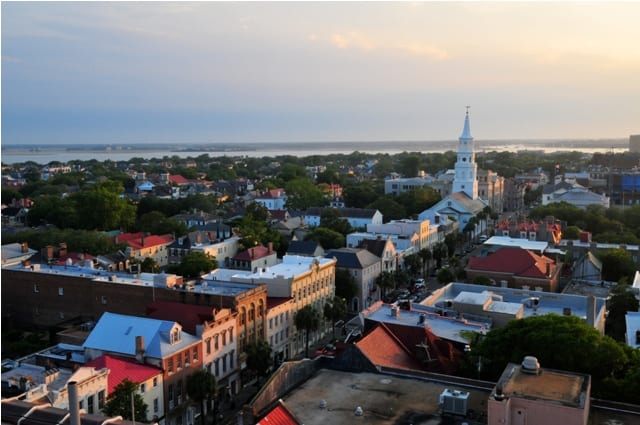 Whether it’s the charming folks, blossoming arts scene, raved-about Lowcountry cuisine, or historic neighborhoods, Charleston satisfies every southern fantasy. In fact, every corner seems to stage a proposal-worthy scene, from the Battery with its moss-draped oaks and antebellum mansions to Waterfront Park’s picturesque Cooper River views.

How to Plan the Perfect Break with Your Significant Other 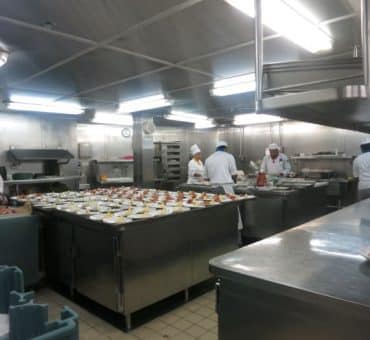 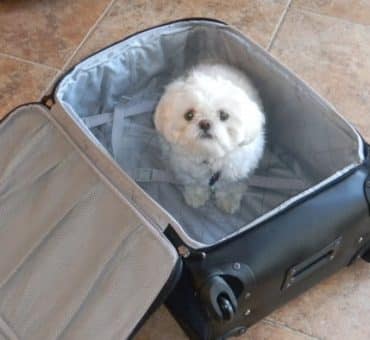 What’s hardest about leaving on a trip?